Fez - Since the 1970s Morocco watched as the Arab world witnessed the rise of Islamism. 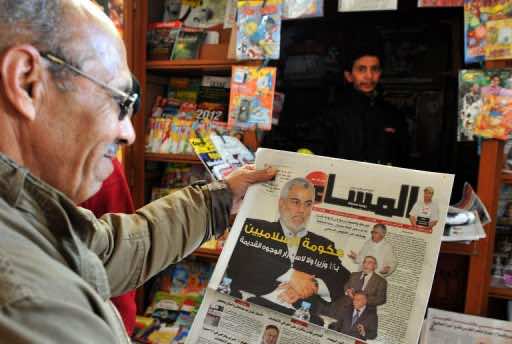 Fez – Since the 1970s Morocco watched as the Arab world witnessed the rise of Islamism.

Islamism, or political Islam, is the term used in political sciences for what is more popularly known as Islamic Fundamentalism[1].Islamism refers to Islamic systems of thought and political movements that emerged in the Muslim World during the twentieth century. According to Michael Willis, Islamism is a movement that has Islam as its core ideological base[2].In addition, Willis argues that Islamist Movements are “movements which shared a common belief in the need to transform Muslim states and societies on the basis of a rereading of the sacred texts of Islam.” [3]

In many cases the Islamist awakening was violent and powerful. For instance, Islamists took power in Iran, assassinated president Saddat of Egypt, organized the resistance in Afghanistan against the Soviet invasion, and caused Algeria as well as Somalia to sink into civil wars. Many Islamist movements were recognized and supported by Western governments. Democratic principles made the local and international systems conscious of the necessity of freeing these Islamist movements and Muslim populations from oppression, underdevelopment and injustice

In Morocco islamization has had a slow trajectory compared to developments in neighboring Arab states such as in Algeria. The first important developments occurred during the1970s, when the formal Arabization policy led to an influx of teachers from the Middle East who brought new, notably the salafists, ideas with them[4].

This decade also saw the emergence of the first Moroccan Islamist organizations, among these was notably the hardline and clandestine Chabiba Islamiyya (Islamic Youth).  Also Sheikh Yassine–a former follower of the Qadirya Boutchichiya sufi order and the founder of Al-adl-wa-al-Ihsan–made his first public appearance with the publication of a highly critical and controversial public letter to Hassan II, which was to cost him many years in confinement.

During the 1980s and 1990s, the Islamist influence was considerably strengthened. Whereas adherents of Islamic Youth and Al-adl-wa-al-Ihsan were severely persecuted, the Wahhabi salafi current was officially allowed and encouraged by King Hassan II as a means to counter and weaken the increasing influence of Al-adl-wa-al-Ihsan and the left wing. It was also meant to weaken the future of the movement of Unity and Reform and its political wing[5], the party of Justice and Development MUR /PJD, whose members are all considered as kuffar and “Ministry of Interior’s Agents” and “Band of Spies” by the Wahhabi salafists.

It seems that the band of spies have lost their balance because of what has been exposed of their affair to the mass of the retroactive divorce that the ministry of Interior has issued on them after they lost their efficiency.[6]

Only after  September 11, 2001 and more so after May 16, 2003 did the Makhzen change its attitude vis-à-vis the salafists. The salafi movement in Morocco can be divided into three different although mutually interconnected schools of thought[7];respectively wataniyya (nationalist), Wahhabiya and jihadiyya salafism. Moroccan adherents to national salafism were inspired by the work of Islamist reformers such as Afghani and Mohamed ‘Abdu,’ and their quest for an Islamic renaissance reconciling modern development with a return to the golden age of Islam and the practices of the first pious companions of the Prophet Muhammad, the salaf al-salih. These ideas have played an important historical role in Morocco, inspiring key figures and the arguments of the independence movement.

However, according to Jamal Benomar, national salafism does not play an important role in the current religious-political scene in Morocco. Wahhabi salafism has officially been allowed and encouraged so as to be manipulated by the Moroccan Makhzen since the late 1970s. The movement was officially introduced by Taqui Eddine El Hilali. After his death in 1987 the formal representative of Wahhabi salafism in Morocco became Sheikh Mohammed Maghraoui. He founded the Association for the Quran and the Sunna in 1995 and has been successful in setting up a number of Quranic schools inspired by the Wahhabi doctrine. He has however recently come into the public spotlight after producing a controversial fatwa stating that marriage of 9-year old girls was allowed.

The development in Morocco of the third current, the violent jihadi salafism, dates back to the early 1990s.According to Tozy, this current is best understood as a non-structured cluster of violent jihadi organizations such as al-Takfir wa al-Hijra (‘Excommunication and Exile’); Jamâ’at al-Sirat al-Moustaqîm (‘The True Path’), al Jamâ’a Salafiya (‘the Salafi Community’) and Ahl al-Sunna wa al-Jamâ’a (‘People of the Sunna and of the Community’)[8].

All in all, most observers agree that the salafi current remains marginal in Morocco, where it draws only limited membership and does not seem likely to play a dominant social and/or political role in the near future. This contrasts with the moderate or non-violent Islamist organizations which are far more important in terms of popularity in Morocco. These are by far dominated by two major currents:  the movement of Unity and Reform and its political wing the Party of Justice and Development MUR/PJD and Al-adl-wa-al-Ihsan.

A few years ago according to Jack Kalpakian, there was also great interest in two other emerging organizations, Harakat al Badil al Hadari (Movement for the Civilizational Alternative) and al Haraka min Ajli al Umma (Movement for the Umma) which both tried to reconcile ideas from the left wing. These ideas particularly centered on the importance of human rights and constitutional change and from Islam. However, the leaders of both of these organizations have been arrested and recently released after accusations of involvement in a Moroccan–Belgian terrorist cell[9].While these accusations remain very controversial and are considered to be politically motivated by many observers, in practice they have left both organizations paralyzed.

As a result, currently Harakat-Atawhid Wal Islah–the movement of Unity and Reform/MUR– and Al-adl-wa-al-Ihsan–Justice and Charity–remain the dominant Islamist actors in the current Moroccan religious-political landscape.