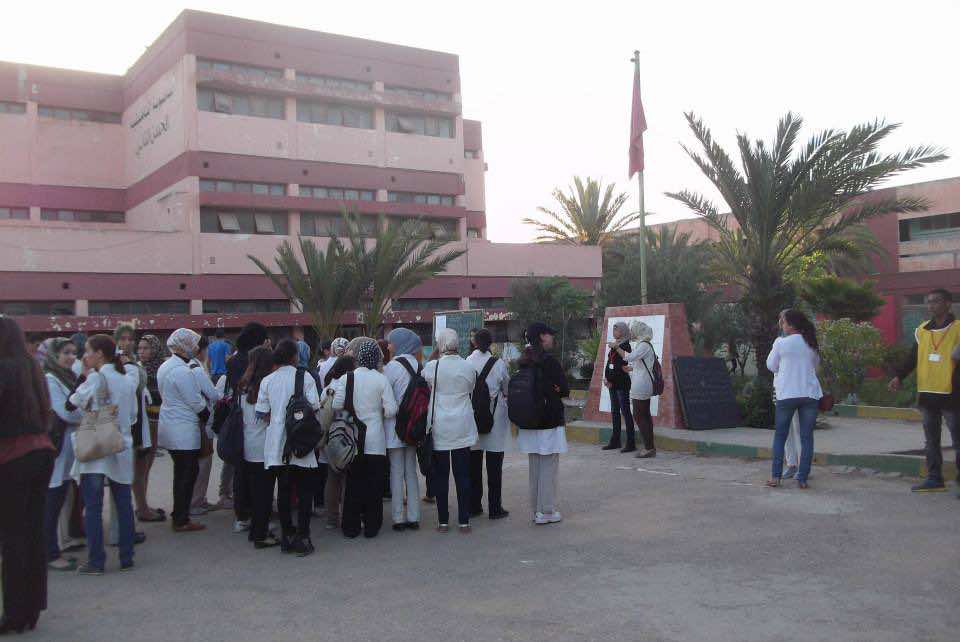 This year’s school year comes just a few days after the end of Ramadan, as Moroccan households grapple with dried-up budgets and mounting expenses.

The new school term, which starts on September 14th, will “give many families a hard time financially”, according to journalist Loubna Essam.

Despite being a time of piety, Ramadan generates a frenzy of consumption, she told Magharebia. At a time when the budgets of most Moroccans are at rock bottom, Ramadan, the summer holidays and the new school year are putting them under huge financial pressure, according to Essam.

Nadia Lamrih, 40, plans to re-enrol her two children at a private school in Casablanca. The enrolment and insurance fees will cost her no less than 4,000 dirhams (362 euros), or 2,000 dirhams per child. The textbooks and supplies will cost 2,500 dirhams (226 euros).

She also needs to purchase new uniforms for her two children, the average cost of which is 1,000 dirhams. This adds up to a grand total of around 8,000 dirhams (724 euros).

“We’ve had to take out a bank loan, because with each passing year, our budget is becoming more and more inadequate to cover the cost of the new school year,” she said.

Ali Lemlil, a young man who works for a company, feels the same way: “I would need a budget of no less than 5,000 dirhams to cover school fees for my three children, who are all at a public primary school, and I haven’t been able to save any money for months now.”

To cope with the stinging costs, many families resort to consumer loans. But lending institutions are cautious about giving out money.

“Because of the rise in overdue payments, lenders have become very selective about who they will lend to,” said El Moradi, a bank sales representative. He pointed out that debt is a growing problem for Moroccan families.

This school semester also comes at a time when the quality of public education is under fire.

“This system, which demands our attention today, must not only ensure that all of our children have equal and fair access to schools and universities, but also guarantee them the right to high-quality education which is highly attractive and relevant to the lives ahead of them,” King Mohammed VI said in the August 20th speech.

Socialist Union of Popular Forces (USFP) Secretary-General Abdelouahed Radi said, “Morocco expects an education system which will prepare young people to commit themselves fully to key projects in this country.”

He added that the education system also needed to teach children “how to live together and respect freedom, equality and diversity”.

National Education Minister Mohamed El Ouafa promised big changes, including the improvement of pre-school education, modernisation of school buildings and measures to lower drop-out rates. He also vowed to improve the quality of education and incorporate communication and information-sharing techniques into school curricula.

To achieve these goals, an emergency education programme with a budget of nearly 40 billion dirhams will be implemented. It aims to achieve school enrolment rates of 95% for children between 6-11 years old and 90% for those between 12-14 for the 2012-2013 school year.