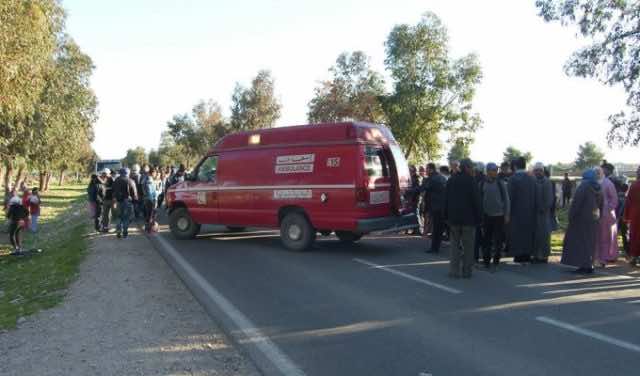 Sidi Ifni – With the latest, worst-ever and deadly accident claiming 44 lives and leaving 23 injured near Marrakech, one might well pose the question of why we Moroccans are being victimized by this traffic ‘war’. Every day, we hear of deadly accidents here and there, and seldom do we stop to wonder about the staggering number of victims that our roads claim mercilessly. We must admit that we are now standing in front of a labyrinth, not really knowing who or what to blame for the daily traffic accidents. Yet, while there are innocent victims, many of us must assume responsibility and take action, particularly the Moroccan government.

In other words, they take bribes from heedless drivers and by implication encourage them to drive carelessly and claim Moroccans’ lives in the process. Gendarmes along with bribers do not think about the ramifications of their complicity in the mass killings on our roads. It is only when a tragic accident occurs do we regret committing bribery.

It is so strange why Moroccans are not good at taking precautions against deadly traffic accidents. If human life mattered to Moroccans in general and to Moroccan transport officials in particular, they would do their utmost to avoid being drunk while driving, to avoid talking on the phone while driving, to have their seat belts fastened, to take enough rest before embarking on a trip, and to pay every attention while driving.

“The roads on which the worst-ever accident near Marrakech happened is a safe one; the bus driver is therefore to blame for speeding,” said Mr. Rbbah, Minister of Transportation upon hearing of the accident. Yet, according to eye-witnesses and a few pictures of the area, precisely Tichka, it appeared that the road is snakelike, mountainous, narrow and threateningly slippery, especially during winter. The road also overlooks steep ravines with a few protecting iron rods along the sides. At this point, what the transport minister must take into account is that it is never sensible to blame careful and careless drivers alike if such roads increase the likelihood of accidents. Once our roads are well built and wide enough, then we can decide whether or not to blame drivers.

In the same vein, the heart of the matter, for us Moroccans, is that whenever a vehicle breaks down, we tend to blame its driver, and not the vehicle itself or the road on which it is running. We supplant drivers, but we keep using the same vehicle for years. The same is true of traffic accidents. Every time an accident occurs, the Ministry of Transportation hastens to put the blame on drivers, not on the shoddy quality of roads, whereas Moroccans for their part go on to blame the government for not limiting bribes that allow the most incompetent drivers to drive the shoddiest vehicles.

Consequently, drivers end up colliding with each other for trivial reasons and vehicles end up plunging into crevices or ravines. It is at this juncture where the government and Moroccans diverge. If the government and Moroccans, for instance, agree to take the issue seriously and unanimously point accusing fingers at the same causes, they will at the very least diagnose the causes and admit their mistakes, then suggest practical solutions. Now, it is no longer of use crying over spilled milk whenever we hear of an accident. What we must cry over, instead, is that we have not yet got ourselves ready to alleviate the gravity of this phenomenon once and for all. As Moroccans, we must, to a man, call on our government to launch a campaign against the above-mentioned causes and others.