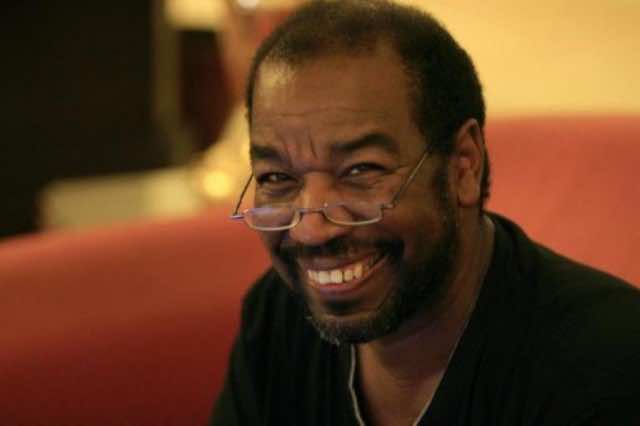 Khartoum- He speaks with a German accent and prefers coffee to Sudan’s favourite, tea, but three decades after last setting foot in his ancestral home Sudan, Arab author Tarek Eltayeb has returned on a voyage of discovery.

Eltayeb, 52, has published 10 books including two novels that chronicle the immigrant experience which shaped his own life.

Born and raised in Egypt to a Sudanese father and Sudanese-Egyptian mother, in 1984 he ended up in Vienna where, he told AFP, writing eased the pain of a lonely life in a foreign land as he initially struggled with the German language.

Eltayeb took comfort in Arabic, he said in an interview over coffee and pastries at Khartoum’s colonial-era Grand Holiday Villa Hotel.

“I had nothing except my language. I had no money, no relatives, no friends. I had only my language. So I began to use it, to invest my language in writing. And this helped also to protect me at that time, to feel I am at home,” said the bearded author with a warm smile.

His “old life” was the 25 years he had spent in Cairo and the Sinai peninsula.

Eltayeb, who is spending September in Sudan hosting readings, discussions, and meeting Sudanese writers, said he never intended to publish his works until he spotted a call for submissions by a London-based Arabic literature magazine.

He began sending his short stories to newspapers and periodicals, which accepted them and led to the publication in Cairo of the anthology, “A Camel Does Not Stop on Red”, in 1993.

Eltayeb graduated with a business degree from Cairo in 1981, the same year Hosni Mubarak took power. Mubarak ended free post-secondary study for non-Egyptian Arabs, making it too expensive for Eltayeb to continue his education, he said.

He hit the road, and spent a few months in Iraq before ending up in Austria. There, he found he could return to university for free as a student from the developing world.

“It was very hard at the beginning,” he said, with financial problems adding to the shock of adjusting to sub-zero weather and the German language.

“I didn’t have money,” he says. “So I began to work as a newspaper seller in the street.”

He eventually mastered both the economics and the language — with help from his Austrian wife — earning a doctorate focused on economic philosophy, and then a professorship at the International Management Centre/University of Applied Sciences in Krems, Austria, where he specialises in Arabic language teaching.

But Eltayeb can’t stop writing, often in a Viennese cafe.

His books are piled in front of him on the Khartoum restaurant table, alongside two faded photographs from Cairo university days with his Sudanese friend, Salah Edein Khider. The two have just been reunited.

Khider has brought along a postcard from Arbil, Iraq, which Eltayeb sent him decades ago when he was trying to run a restaurant there.

The author’s work includes the novels “The Palm House” and “Cities Without Palms”, volume one of his autobiography, and poetry collections with his own abstract paintings on the cover.

Some of his writings have been translated into English, French, German and other languages.

“I write what I would like to write,” not to provoke but to get people to think, Eltayeb says.

“Some people say, ‘You are not allowed to write about this or about that.’

It’s our job to write about everything, and to criticise everything. And criticise does not mean disrespect. It’s also respect.”

Eltayeb was commenting generally, without mentioning Sudan or anywhere else, but freedom of expression advocates say Khartoum has intensified a media crackdown since last year.

Sudan ranks 170 out of 179 countries on an index of press freedom compiled by the Paris-based Reporters Without Borders watchdog.

Asked about his long absence from Sudan, Eltayeb, an Austrian citizen, said he received many official invitations to return but didn’t accept them, preferring instead to come privately when he had time.

“I don’t need an invitation. I wanted just to come and see the country first and to visit my friends.”

He finally got the chance when a Sudanese novelist friend, Abdelaziz Baraka Sakin, arranged this month-long visit through Sudan’s short story association, which collected sponsorships for the tour that brings him to eight Sudanese states. Eltayeb said Austria’s culture ministry paid for his air ticket.

The visit has generated extensive local news coverage, and Sudan’s Ministry of Information and Culture plans to offer a literary prize in Eltayeb’s name, the author said.

“When I came to the airport it was a big (official) delegation,” he said. “I didn’t know them.”

But his colleagues from the short story association were also there to welcome him on his return to Sudan for the first time since 1979.