Marrakech - As is known to everyone, prostitution is the oldest job in the world, and this same fact tells us a lot about this profession. 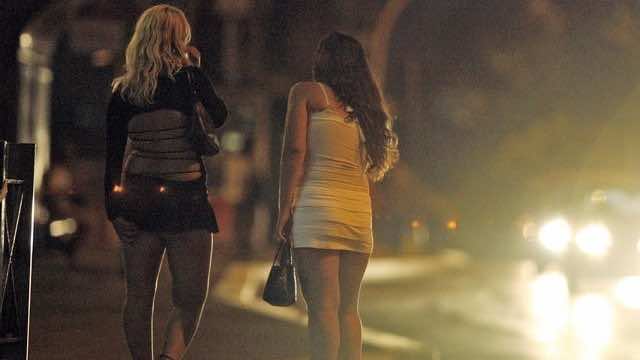 Marrakech – As is known to everyone, prostitution is the oldest job in the world, and this same fact tells us a lot about this profession.

As human beings, we naturally tend to choose the easy way out: we would rather take an elevator than run the stairs, have maids do the housework rather than do it ourselves, accept jobs with less working hours and more wages rather than the opposite. Sometimes we go to the extent of choosing convenience over righteousness. And that is exactly the case with prostitution; the first prostitute in the world thought of convenience because it is naturally the first choice that comes to one’s mind. He or she thought of the easiest way to earn money and the first thing that came to their mind was selling sex for money. He or she made an easy and quick business deal where one party sells their body and the other pays for it, both indulging in an instant prohibited pleasure.

A recent study done by business pundit, shows that the annual revenue generated from the prostitution industry is $108 billion and that the latter is ranked the third most lucrative business market worldwide, which means that more people are turning to prostitution to earn a living, since they find it easy and rewarding.

Bars, pubs and nightclubs are full of prostitutes or “artists” as some like to call them, whose only worry is to dress up, look as attractive as possible in order to catch the eye of the wealthiest customer, the one who’s willing to pay the most. They do not care about the customer’s age, race, ethnicity, look, or even marital status, nor do they pay any attention to the numerous marriages that have been broken and the children that have become homeless because of the husband or the father who has decided to focus all his care and attention to spend all his time and money on a prostitute who offers him an “unconditional love.”

By unconditional, he obviously means no family obligations, and by love he means the sexual pleasure she offers him in bed, alongside listening to him without “complaining,” unlike his wife who, he thinks keeps “nagging” every time he steps inside the house. What he is obviously unaware of is that his wife only “complains” or “nags” because she cares, because she is worried about his well-being and wouldn’t like to see him make wrong decisions, which will affect their entire family.

The prostitute on the other hand, doesn’t care at all. She tells him what he likes to hear, seems understanding and agrees with his every word, because that is actually what she is paid to do. However, she will undoubtedly leave him the second the money stops coming and will look for the first customer who will offer more, since for her, it is all just business.

As for the prostitutes, they apparently enjoy it. They like the easy money, the care and attention, the expensive gifts, and all the other perks that come with the job. When all is said and done, having a sexual intercourse with a customer only takes approximately 11 minutes, as Paulo Coelho states in one of his books.

Getting paid about $100 for every 11 minutes is indeed very tempting. But isn’t prostitution open to all men and women out there? If so, then why isn’t every one doing it? The only reason that is stopping everyone else from turning to this dark profession is moral values. Moral values that preserve our dignity and humanity, and getting paid to give instant affection and orgasm has nothing human about it. They are feelings that both parties involved should give each other without expecting anything in return, for these are feelings that are given for free when one is in a loving and affectionate relationship where the latter is already a reward in itself.

Talking about the common reason prostitutes use to justify their job is poverty. Except that this is a lame excuse, for poverty never meant living shameless, stripped from one’s dignity. They simply cannot imagine starting from scratch working as maids, waitresses, babysitters, or any other decent job where their money is earned honorably. They have been indulged in this profession for too long to walk away and have been used to a certain life style that no other job will offer them, thus choosing the easiest way out.