Shafiq, who has been living abroad in the United Arab Emirates since narrowly losing the first post-Mubarak elections to Islamist incumbent Mohamed Morsi in June, has been barred from travel using his Egyptian passport since last month.

He faces corruption charges in a case connected to that of Mubarak’s long untouchable sons Alaa and Gamal.

A former air force chief and civil aviation minister, Shafiq was named premier in the last days of Mubarak’s presidency before the veteran strongman’s overthrow in February last year.

He won 48.3 percent of the vote in a second-round presidential election runoff against Morsi in June.

Late last month, he slammed the travel restrictions imposed on him as “political”. He said he would have no hesitation about flying home if he deemed it necessary.

The Egyptian judiciary did not mention any extradition request, saying only that he would be arrested if he set foot back in Egypt.

The case involving Shafiq relates to the sale of a vast swathe of land below market price to an association of military pilots. The accusations emerged during his presidential election campaign.

Alaa and Gamal were acquitted in a trial in which their father Mubarak was sentenced to life imprisonment for the murder of protesters during the uprising that toppled him.

The two remain in custody, however, awaiting trial on other corruption charges.

A number of former regime officials have been convicted of corruption or of killing protesters during the 18-day uprising that unseated Mubarak. 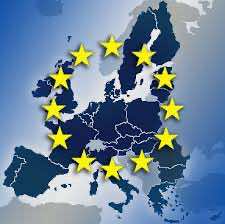