A film at the center of anti-US protests in the Middle East was made by an Israeli-American who describes Islam as a “cancer,” the Wall Street Journal (WSJ) reported Tuesday.

The movie, “Innocence of Muslims,” was directed and produced by Sam Bacile, a 52-year-old real-estate developer from southern California who says Islam is a hateful religion.

“Islam is a cancer,” Bacile told the newspaper. He was speaking after protesters tore down the American flag at the US embassy in Cairo in protest at the film, which earlier was said to have been produced by expatriate members of Egypt’s Christian minority resident in the United States. An armed mob also attacked the US consulate in the Libyan city of Benghazi and set fire to the building, killing one American.

Bacile told the WSJ he was responsible for the film, saying he had raised $5 million to make it from about 100 Jewish donors, who he declined to identify.

He said he had worked with some 60 actors and 45 crew to make the two-hour movie in a three-month period last year in California. “The movie is a political movie. It’s not a religious movie,” he said.

It is being promoted by controversial Florida pastor Terry Jones, who has drawn protests in the past for burning the Koran and vehemently opposing the construction of a mosque near Ground Zero in New York.

Jones said he planned to show a 13-minute clip of the film Tuesday evening at his church in Gainesville, Florida.

“It is an American production, not designed to attack Muslims but to show the destructive ideology of Islam,” he said in a statement cited by the WSJ.

“The movie further reveals in a satirical fashion the life of Mohammed.” On Sunday, Egyptian Grand Mufti Ali Gomaa denounced “the actions undertaken by some extremist Copts who made a film offensive to the prophet.”

A spokeswoman for Jones, Fran Ingram, said she could not confirm who produced the film.

“We are showing it as part of an event that we’re doing currently, it’s livestreamed on our website standupamericanow.org… they’re going to show that trailer, the one that they’re angry about right now in Egypt. “It’s a life of Mohammed. It’s kind of a satire, satirical movie,” she told AFP. 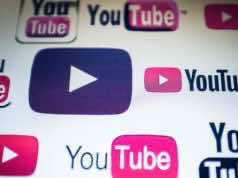 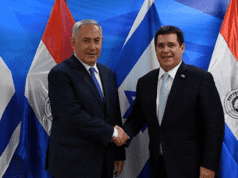