Morocco World News
Home Culture Guzaarish: When Hope Is No Longer the Last Thing to Die for 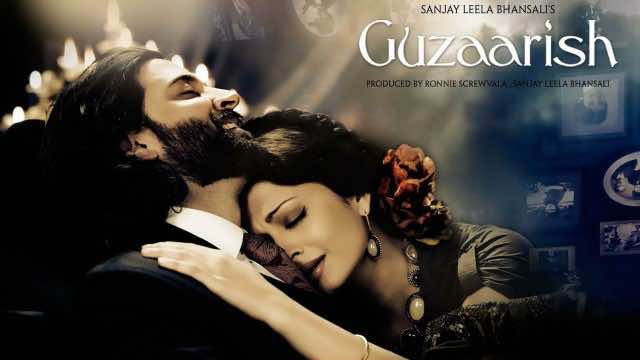 Fez – Rare are the times when you watch an Indian movie without admiring the beauty of the colorful saris and the creativity of the dancing choreographies.

One can but appreciate their filmmaking philosophy that consists basically of the simple narration of the plot. Since childhood, the Indians have invaded the Moroccan cinematic market, competing with the best of American movies and gaining a stunning reputation for being a ‘sentimentalist’ cinema.

Over time, the Indian cinema has witnessed a sequence of changes that go hand in hand with its international cinematic progress.

Guzaarish can be considered an exception in the history of Indian filmmaking, as it addresses the issue of euthanasia or mercy killing, that is, in one aspect, new to the Indian society and from another, a challenge to the Indian ideology and social norms.

Guzaarish, which is produced by Sanjay Leela Bhansali and combines both stars Hrithik Roshan and Aishwarya Rai Bachchan, narrates the story of Ethan Mascarenhas, a famous amateur wizard paralyzed from neck to toe. Since an accident fourteen years ago, his life became meaningless as his suffering grew day after day. Only his nurse Sofia D’Souza shared his disability with him by being his hands and feet.

Guzaarish starts with Ethan deciding to bring an end to his suffering by filing an appeal to the court to be allowed to undergo euthanasia with the help of his lawyer Devyani and with the support of his mother, his doctor and his young friend Omar Siddiqui, to whom he teaches the secrets of wizardry. When the court refuses to review such an appeal, Ethan is advised to gain public support through a daily radio show he leads.

The plan works successfully and Ethan’s case gains public notoriety which gives it a chance to be reconsidered by the court. The latter, after listening to Ethan, and his close family and friends’ opinions, refuses to grant him its legal approval due to the religious and illegality of mercy killing in India.

Meanwhile, the hero loses both his mom out of grief for her son’s physical and psychological suffering and his nurse Sofia after being dragged away by her alcoholic husband. Sofia divorces her husband and resumes her position as a nurse while Ethan finds no better way to face his sorrow than by laughing at it.

Guzaarish ends with the confession of Sofia of her great love for the wizard that made her ready to terminate his suffering forever despite the potential dangerous consequences for her life and freedom if she does so. In a farewell party, Ethan thanks heartily all his friends for their aide and support and announces his marriage to Sofia, expressing his happiness for the first time in his life before leaving it forever.

Guzaarish is a real tragedy that only a person in a similar or a close situation can understand Ethan’s reasons to decide to die. However, his decision reveals a lot about the personality of the character.

In our lives, we experience different emotions that help in defining the personality we form later. When one of these emotions fails to serve its mission for the period of time allotted to it, it takes up a wider space in our brains and lives, leading to a psychological neurosis that modifies negatively our thinking ability.

Ethan was a paralyzed person locked to a wheel chair for 14 years and subject to his constant dreams and memories of his glorious past life; a past life that was reduced to his famous magic auditions as his only motif for living at the time. His new life lost its charm with the loss of his ability to perform that motif.

Even the chance of hope that Omar, his student, brought with him through the teaching of the secrets of magic was faced with a firm rejection because hope itself has limits for standing and walking.

Ethan was psychologically in the last phase of depression that normally leads to suicide. His state reveals a troubled personality struggling between sadness, doubt in abilities, casting blame, soul sucking and sarcasm. The combination of these emotions cuts off the last links of religious devotion to God and substituted suicide with mercy killing to end it once for all.

Like suicide, euthanasia or mercy killing is an act that is forbidden by all religions; God has given us life and only He can take it back. From the medical perspective, it is a decision that only the doctor can take for someone in a hopeless medical situation.

By law, such act is a crime on humanity; taking one’s life is the responsibility of no one but the Almighty Creator. Thus, the court does not look into such special cases for fear that legalizing it may allow it to be adopted later as a total personal right.

Guzaarish addressed the issue of euthanasia in a way that makes it a matter of fact in India, explaining to us how no records are registered so far on how many people take such decisions and actually implement it illegally.

However, what is certain is that the producer failed to gain the audience’s sympathy with Ethan’s case because Ethan himself was longing for a miracle to start his magic life again. Being deeply aware of his critical condition, he opted for euthanasia as the only savior from pain.

The pessimistic setting, the dark look and fashion of the actors and actresses, and Aishwarya’s hidden love for Ethan were not enough to give credibility to the condition of the protagonist.

Love usually provides extra energy to the lovers to struggle, yet Sofia and Ethan let down easily by announcing her readiness to cause his death, and his intention to marry her as his last gift to her before passing away.

The producer had a message to send to the audience, but his message was not convincing enough to direct their sympathy towards a project condemned to failure from the beginning, because hope is and will remain the last thing to die forever.