The US military has no major plans to bolster its forces in the Middle East despite a week of violent protests targeting diplomatic outposts, Defense Secretary Leon Panetta said Sunday.

With a substantial force already deployed in the region coupled with two US Marine counter-terrorism teams sent to Libya and Yemen, the military has the ability to respond as necessary to protect American diplomats, Panetta told reporters before arriving in Tokyo on an Asian tour.

“We do have a major presence in the region,” he said.

“Having said that we’ve enhanced that with FAST (Fleet Anti-Terrorism Security Team) teams and others so that if they are requested, they can respond more quickly.”

But the Pentagon chief said at the moment there was not a need for dispatching additional forces to the region beyond what was requested by the State Department to safeguard diplomatic outposts.

“I don’t anticipate a situation right now where we would have to do something on our own,” he said.

“Our approach right now is not do anything unless requested by the State Department.”

Two 50-strong US Marine counter-terrorism units were sent to Libya and Yemen after Tuesday’s assault in Benghazi to safeguard embassies there.

Panetta praised the Libyan government’s efforts to strengthen security at US missions and search for those behind the deadly attack on Tuesday against the American consulate in Benghazi.

“I think they are making a strong effort to try to respond to this crisis and deal with the issues involved.”
The assault, in which security teams were overwhelmed by heavily-armed gunmen, killed the US ambassador Chris Stevens and three of his staff, in the worst attack on an American diplomatic mission since the 1970s.

Asked if Al-Qaeda militants were to blame for the assault in Benghazi, Panetta said: “That remains to be determined. That’s part of what the investigation will determine.”

But he said that Al-Qaeda’s branches in North Africa remained a serious threat and the United States would keep up relentless pressure on the extremists.

“We have to continue to go after Al-Qaeda wherever they are and whatever affiliates they have that are engaged in terrorism,” said Panetta, who served as director of the Central Intelligence Agency before taking over at the Defense Department.

As protests spread over an inflammatory American-made film from Tunisia to Indonesia, US plans to send a Marine unit to protect the embassy in Sudan had to be dropped after the Sudanese government rejected the US request, the official SUNA news agency reported.

Guards on the roof of the embassy fired warning shots on Friday as the compound was breached by protesters waving Islamic banners, after earlier ransacking parts of the British and German missions in the Sudanese capital.

Panetta expressed cautious optimism that the violence had begun to recede.

“Today there continue to be some demonstrations. It would appear there’s some levelling off of the violence that we thought might take place,” he said.

But he added “We will have to remain very vigilant.”

Panetta’s week long trip, with stops in Tokyo, Beijing and Auckland, marks the latest attempt to shift US policy towards the Asia-Pacific, but the attack in Libya illustrated how Washington is continually drawn back to crises in the Middle East. 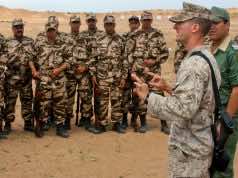 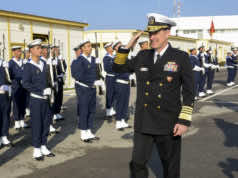 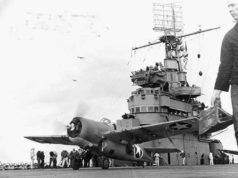 US Drops ‘Mother of All Bombs’ on ISIS Target in Afghanistan 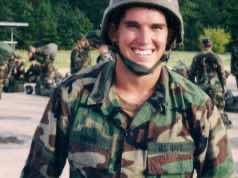 Father of US Commando Killed in Yemen Demands Presidential Investigation