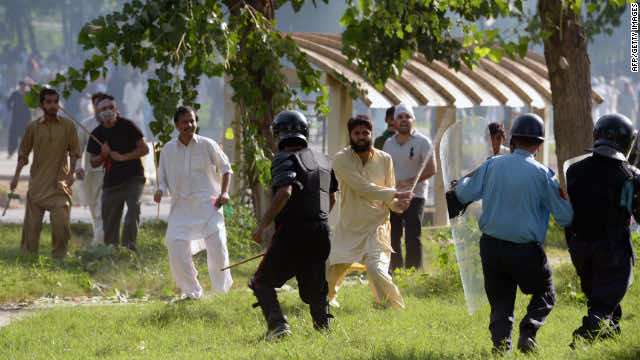 Fez – When the Danish newspaper Jyllands-Posten posted in 2005 cartoons of the prophet Mohamed (Peace Be Upon Him), Muslims from all over the world reacted violently, even though most of them did not actually see those cartoons.  Since then, every opportunity was taken to provoke Islam and Muslims, in particular starting with burning the Koran, to discrimination and prejudice, the massacre of Muslim minorities and lately the production of a video portraying the Prophet and disrespecting his sacredness in the eyes of over one billion Muslims worldwide. The result of this act was as outrageous as the act of filming itself, the killing of the American ambassador to Libya with three other staff from the US consulate in Benghazi, to attacking American, British and German embassies in the Arab countries.

The question here is why are people attacking Muslims and why do Muslims react in such a way?

The video that provoked all these violent acts is a low quality amateur movie, filmed with basic techniques of film making. Apparently, the team working for it was not aware of what they were doing; they appear to have been amateur actors and actresses seeking opportunities that the producer of this film offered a chance towards ‘fame’.

The content of this movie is indeed ‘disgusting’, as it attacks the sacred messenger of Islam. An attempt to understand the motives of the producer behind choosing the scenario on the Prophet of Islam would not change the events since most western people, being believers or non-believers, attack Islam for no apparent reason but ignorance and stubbornness.

Attacking Muslims worldwide through movies or portrayals of their prophet would not change the fact that they are Muslims nor would it reduce their growing number. On the contrary, attacking Islam is actually contributing in the spread of its teachings and pillars and attracting thousands of people to discover its beauty whether they eventually convert to it or remain faithful to their religions.

The attempts of the western media and filmmaking companies to ridicule Islam or its messenger show only the negative face of nations that consider themselves ‘developed’, ‘literate’, ‘intellectual’ and ‘tolerant’. Tolerance is not about you accepting me in public yet waiting for an opportunity to unveil your hatred. Tolerance is a concept based on not only accepting me but supporting my opinion and respecting my choices even if you do not believe in them.

The reactions of Muslims in this concern are normal but not civilized nor do they reflect the civility of their religion. The reasons are:

Portraying prophets and their disciples is indeed forbidden in Islam. Yet, almost all the prophets, except Prophet Mohamed (Peace Be Upon Him), have been portrayed in soap operas produced by Iranian production companies such as “Yusuf the prophet” soap opera, which gained strong public support and a large audience after the showing of its episodes. No voice was heard against these soap operas, which were appreciated and successful.

In Ramadan 2012, a soap opera about Omar Ibn El Khattab, one of the disciples of the Prophet, was broadcasted too. The movie was a huge success in the Arab world with a large Arab audience since the beginning of the production of historic soap operas.  Rumors were spread that certain Islamic sides were against the soap opera and were calling for the banning of the movie. Still, not a step was taken.

Using Islam as an umbrella to kill an innocent person because of someone else who made a video, is not a heroic act and it does not reflect our strong beliefs, nor would it convince the west of our devotion to our religion. Contrarily, it confirms their expectations about us, showing them our ignorance, uncivilized reactions, misjudgments, underdevelopment and lack of diplomacy.

Attacking the American, British and German embassies reflect a shortage of mind on the part of Muslims. Embassies are not film production companies and their diplomatic activities do not include filmmaking and movies. Moreover, the U.S. is neither Germany nor Britain; thus, protesting against an American movie by attacking a German embassy is another hole in the Arab logic.

Protesting is an art that only real democracies can handle perfectly. When ‘Innocence of Muslims’ was first launched, the protests against it could have taken a highly civilized version by only signing a note in the name of every Arab nation expressing their huge sadness about learning the existence of such a movie portraying their prophet in such an unjustifiable manner, condemning totally the act and requesting serious measures to be taken to guarantee that this does not occur again in the future. Protests could also take the form of a civil demonstration in large cities or a strike for two or three days so as to draw the attention of the civil society to the legitimacy of our claim.

In a few words, Islam is bigger and stronger; it could not be minimized to a movie or a cartoon. The violent protests against the movie, the killing of the ambassador and the burning of other countries’ flags transmitted the wrong image of a religion that was supposed to carry within it the richest civilization in the world.