Morocco is not included in France’s decision to close, this coming Friday, its embassies, consulates, cultural centers and schools in about 20 Muslim countries to avoid any possible violent demonstrations in reaction to the publication by a French weekly of blasphemous cartoons of Prophet Muhammad.

“No closure of French institutions is envisaged in Morocco,” the French embassy in Rabat said Wednesday in a press release. The diplomatic representation “holds close contacts with the Moroccan authorities, whom we fully trust, to ensure the security of our representations and interests,” it added.

The spokesman for the Quai d’Orsay announced earlier in the day that France will close its embassies, consulates, cultural centers and schools in about twenty Muslim countries. No list of the countries concerned was published. He said security control have been otherwise reinforced in French institutions abroad.

In its travel advise, the ministry of Foreign Affairs advised French citizens in Muslim countries to be vigilant, “strongly advised” them to stay away from demonstrations, avoid traditional demonstration paths and sensitive buildings, mainly Western representations and religious places. 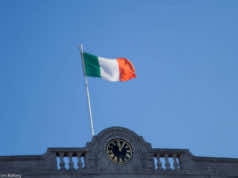