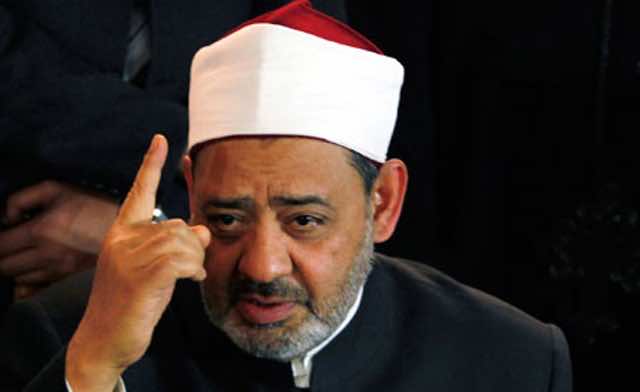 Sunni Islam’s highest authority on Wednesday condemned a French weekly’s publication of cartoons of a naked Prophet Mohammed, with the region still reeling from an anti-Islam film that sparked
deadly protests.

Al-Azhar expressed “its and all Muslims’ utmost rejection of the insistence of a French publication in printing caricatures offensive to Islam and its Prophet, the prophet of humanity,” Grand Imam Ahmed al-Tayyeb said in a statement.

He said that such acts “that fuel hatred in the name of freedom are completely rejected… Freedom should stop (where it affects) other people’s freedoms,” in a statement carried by the official MENA news agency.

The new controversy triggered by the pictures in satirical French magazine Charlie Hebdo comes as tempers are already running high over an anti-Islam film made in California and posted on the Internet, with at least 30 people killed in unrest.

On Saturday, Tayyeb had called for an international ban on all formes of attacks against Islam after the airing the film “Innocence of Muslims.”

He underlined “the need for an international resolution (banning) any attack on Muslim religious symbols,” in a statement addressed to UN Secretary General  Ban Ki-moon.

The resolution should “criminalise attacks on Islamic symbols and on those of other religions, after the violence against those who provoked challenges to world peace and international security,” said Tayyeb.