Fresh protests erupted in the Muslim world Wednesday over an anti-Islam film as a French magazine poured fuel on the fire with the publication of obscene cartoons showing the Prophet Mohammed.

France braced for a backlash from the cartoons, stepping up security at its embassies and banning demonstrations on its own soil as senior officials appealed for calm.

More than 30 people have been killed in attacks or violent protests linked to the controversial US-made film “Innocence of Muslims”, including 12 people who died in an attack by a female suicide bomber in Afghanistan on Tuesday.

In Pakistan, up to 500 lawyers managed to break through a gate to Islamabad’s heavily-guarded diplomatic enclave.

Wearing headbands inscribed with “Lovers of Prophet, Death to the blasphemer”, the protesters laid a US flag on the ground and walked over it one by one. Later they burned the flag before the rally ended peacefully.

A senior government official in Pakistan told AFP that in response to the film Friday is to be declared a national holiday, as a “day of expression of love for the prophet”.

The move came after religious parties called for a day of protest on Friday to denounce the film.

About 1,000 protesters took to the streets in eastern Afghanistan, blocking a key road to Kabul and chanting “Death to America” and “Death to the enemies of Islam.”

“Innocence of Muslims,” a crudely made film produced by extremist Christians in the United States that depicts the Prophet Mohammed as a thuggish womaniser, has triggered protests in at least 20 countries since excerpts were posted on the Internet.

In reaction to the uproar, French satirical magazine Charlie Hebdo published cartoons mocking the film and caricaturing the Muslim prophet, including two showing him naked.

The left-wing, libertarian publication’s offices were firebombed last year after it published an edition “guest-edited by Mohammed” that it called Sharia Hebdo.

Foreign Minister Laurent Fabius admitted he feared a backlash over the cartoons and said embassies and other French institutions in around 20 countries will be closed Friday for fear of being targeted in protests after weekly prayers.

France also closed its schools in Tunisia over security fears.

Prime Minister Jean-Marc Ayrault said anyone offended by cartoons could take the matter to the courts but made it clear there would be no action against the weekly.

“We are in a country where freedom of expression is guaranteed, including the freedom to caricature,” he said.

“If people really feel offended in their beliefs and think there has been an infringement of the law — and we are in a state where laws must be totally respected — they can go to court,” Ayrault said.

Leaders of the large Muslim community in France said an appeal for calm would be read out in mosques across the country on Friday but also condemned the magazine for publishing “insulting” images.

Washington has also moved to boost security in the wake of the protests, with Secretary of State Hillary Clinton saying the US was taking “aggressive steps” to protect diplomatic missions worldwide.

Among those killed in the protests so far have been four US diplomatic staff in Libya, including ambassador Chris Stevens.

US President Barack Obama said Tuesday he expected governments in the Muslim world to protect American diplomats, despite their revulsion at the film.

“The message we have to send to the Muslim world is that we expect you to work with us, to keep our people safe,” Obama said.

On a visit to Lithuania on Wednesday, Afghan Foreign Minister Zalmai Rassoul condemned the film and the French cartoons as provocations.

“We are living in a world where everybody should respect the belief of others,” he said.

“We need to make sure that a minority of people cannot disturb the peaceful cooperation that we are building with the world as a whole.”

Muslim men and women in Buddhist-majority Sri Lanka also staged their first demonstration on Wednesday, with several hundred gathering in the capital Colombo near the US embassy to denounce the film.

Women used broom sticks to beat photographs of Obama while men threw slippers at US and Israeli flags.

Afghanistan, Bangladesh and Pakistan blocked access to YouTube following the site’s release of the clip of the film.

The California-based maker of the film, Nakoula Basseley Nakoula, a 55-year-old Egyptian Copt and fraudster who was sentenced to 21 months in prison in the United States in June 2010, has not been seen since Saturday when he was questioned. 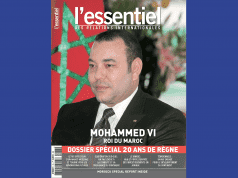 French Magazine: Morocco is an Example of African Emergence 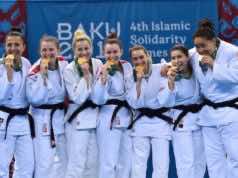