Sidi Ifni - The grave mistake some Westerners make is that they associate the teachings of Islam with the deeds of Muslims. 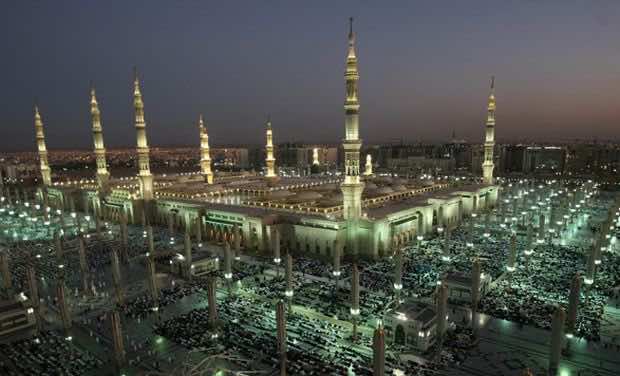 Sidi Ifni – The grave mistake some Westerners make is that they associate the teachings of Islam with the deeds of Muslims.

It is true that some Muslims have made mistakes. Islam, however, is innocent of these mistakes. Our advice to Westerners is that instead of learning about Islam from Muslims’ deeds, they must learn about it from the Qur’an and the teachings of the Prophet.

Alternatively, it is highly recommended that Westerners read about Prophet Mohammed and his teachings from unbiased Western thinkers and scholars who have chosen to learn about Islam from Muslim books, not necessarily from Muslims. It is a real pity that many Westerners base their judgment about Islam on Muslims’ deeds and words.

“The medieval ecclesiastics, either through ignorance or bigotry, painted Mohammedism in the darkest colors. They were, in fact, trained both to hate the man Mohammed and his religion. To them, Mohammed was anti-Christ.

I have studied him — the wonderful man, and in my opinion far from being anti-Christ he must be called the Savior of Humanity. I believe that if a man like him were to assume the dictatorship of the modern world he would succeed in solving its problems in a way that would bring it the much-needed peace and happiness.” –George Bernard Shaw.

Quoting George Bernard Shaw, a great Irish playwright and thinker, will help us approach the holy Mohammed from an unbiased perspective. Like one of their favorite authors, Westerners must study this man before judging him.

If they do, they will undoubtedly discover that all the fuss they have been making about the man has been over nothing. Bernard Shaw deemed him the Savior of Humanity, not after seeing how Muslims have led their lives, but rather after reading about Mohammed’s life.

What some Westerners must always bear in mind is that it is nonsensical that the Savior of Humanity could be the cause of current wars and explosions. Peace and happiness, which we as human beings are aspiring to, are in the hands of Prophet Mohammed, as Bernard Shaw once wrote.

Now, to all western lovers of Bernard Shaw and Islamophobic, are you not convinced that Prophet Mohammed would bring peace to the world if he were alive among us today? Or are you disbelieving of one of your greatest scholars, Bernard Shaw, whom you hold in high regard? Dear Westerners, if you trust your intellectuals, read about what they have written about Prophet Mohammed.

“There is no doubt that Prophet Muhammed is one of the greatest reformers who served the social framework profoundly. It suffices him that he led a whole nation to the enlightenment of truth and made it more inclined towards tranquility and peace, prefer modesty and prevented it from shedding blood and giving human sacrifices (though this was never proved against Arabs before Islam) and widely opened to it the gate to development and civilization. This is a great deed that only a strong man can do and a man like that deserves to be regarded with respect and admiration,” says the Russian thinker Leo Tolstoy.

Western writers, journalists and cariacaturists who have spoken ill of Prophet Mohammed must now read the Russian writer Leo Tolstoy’s statements about the Prophet. Logically speaking, if they are truly fond of what this Russian writes, they will simultaneously trust his statements and reconsider their prejudiced views.

The question Westerners must pose is: What has the Prophet done to mankind to deserve denigrating films about his personality, contemptible and shocking caricatures about his body, distorted image about his noble personality, or a distortion of his noble teachings?