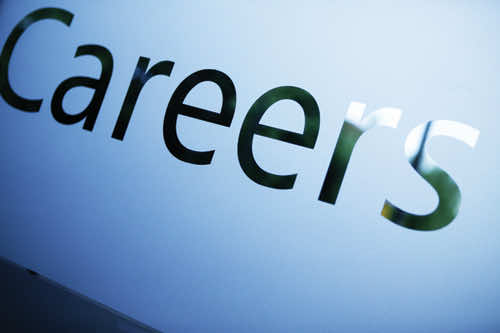 Nowadays, with the increasingly soaring expenses of living, some career men are more convinced than ever before that marrying a career woman is a last resort. Other career men go on to declare that being the only breadwinner in the home is a sign of manliness and that women’s dependence on their husbands is the key to a successful married life. Whatever the stance is, marrying a woman with or without a career will make no difference, for no married life has ever been free of troubles.

“Are career women good for marriage?” is a question I usually hear whenever I have conversations with my colleagues at work. Due to the different attitudes we hold towards this controversial issue, the question has remained a mystery to me. This is especially because it is extremely hard to decide who has the right answer. All sides have their own vested reasons at hand. If we listen to each side, we will be in a dilemma. Needless to say, career women say nearly the same thing about career men. Our concern for the time being is with career men because it is they who propose, not career women.

As we all know, no married life is empty of problems. But, for career men who are against marrying career women, married life grows worse when couples work outside. Some studies published by Nobel laureate Gary S. Becker have shown that divorce is more common among career women than among women who do not work. Career women do not usually have many children, and if they do, they don’t have enough time to raise them well enough. Career women are busy earning a living like their husbands, and educating her children at home is another job which needs time. Compared to women with no work, career women are not more devoted to the upbringing of her children. This is a primary reason that career men prefer not to marry career women especially because they are afraid they might spoil their children.

By nature, many women have expressed their felicity when they are dependent on their husbands in marriage. To put it differently, women like it most when their husbands are the principal breadwinners at home and therefore they feel emotionally and psychologically secure. We may discriminate against women and represent them as dependent. Yet, according to many women, they appreciate men who can assume responsibility for the burden of living expenses. Similarly, many men appreciate women who depend on them, especially that by their dependence, they are demonstrating their natural femininity.

Marrying a well-cultivated and successful woman doesn’t necessarily guarantee a successful married life as many of us have misconceived. According to many divorced men, career women often impose on their husbands certain conditions–such as that a man must remain the only breadwinner and that a woman will spend most of her salary on clothing, her private possessions and on her family (Social Values 2006.) Feeling quite independent of her husband and well educated, a career woman may voice her concerns more frequently and openly than a woman with no career. At the very least, career women are luckier than non-career women because they are usually treated as equal to their husbands.

Yet, the problem lies in equality in that it is high time career women realized their dream of standing on an equal footing with their husbands in nearly all respects. Among the things we men and women may condemn is unfairly dividing household work among couples. If both career husbands and wives, for instance, come back from work exhausted, it is not fair that a career woman has to do the entire household work alone. It is morally heartening for both to divide work and equally assume responsibility.

However, what both career women and men forget is that they are above all equally responsible for their married life’s success or failure. It is the attitude that men are born to work hard outside to procure a dignified living and that women are born to raise children and educate them in the most appropriate way possible that has made a number of career men hesitate to marry career women. In short, it is all a matter of attitude.

On the other hand, we must admit that many men have been married to career women’s salaries, as it were. It is common practice that we come across a couple comprised of a young handsome man with an older career woman. For marriage to be successful, it must be “cleansed” from this materialistic interest. It is also common to find  career men who believe that marrying career women will make their lives easier to live. Yet, as soon as they enter the institution of marriage, they are stunned to learn that it is the other way around.

All the money that both he and his career wife earn has made them even more miserable. Instead of helping them better their standard of living in the home, career men and women begin to hunker after each other’s salaries and be more advantageous. It is crystal clear why a number of couples comprised of a man with a non-career woman live more comfortably than career couples. This gives us the impression that thinking of a career woman as another source of income will add nothing to the success of one’s married life.

So as not to fall prey to generalizations and so long as there are no ready-made recipes on how to render one’s married life successful, it all depends on individuals who are willing to marry. Many men who are married to career women experience nightmares and live the worst-ever married life. But, this doesn’t mean that men married to non-career women live the best married life. It simply means that a man must take precautions and think before marrying a career woman. Now, are career women good for marriage?