There are many books on Moroccan cuisine available and most contain what one might describe as  “the usual suspects” – the same recipes trotted out time and again. So it is refreshing to find a book that takes a different approach.  New Moroccan, by Mourad Lahlou is a tasty marriage of tradition and innovation.

Mourad Lahlou’s  New Moroccan is really two books in one. It begins with seven cooking classes that will give you the fundamental building blocks of Moroccan cuisine and follows it up with a wonderful collection of recipes.

Lahlou was born in Casablanca before moving to Marrakech. After moving to the United States he abandoned a degree in economics to open a restaurant. His Azizz restaurant in San Francisco is the only Moroccan restaurant in North America to be awarded a Michelin star. 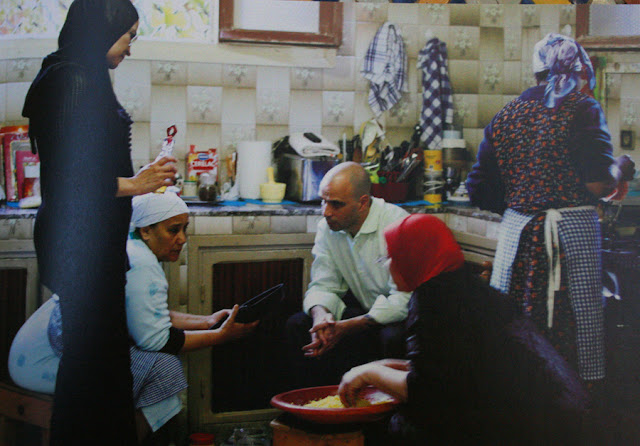 “Let me tell you why I wrote this book. It wasn’t because I thought the world needed another Moroccan cookbook with essential classic recipes. And it wasn’t because I’m looking to evolve Moroccan cuisine or take it someplace it doesn’t want to go. I think of what I’m doing as evolving my cuisine and that’s what this book is really about.” – Mourad Lahlou

In the first section of the book, Lahlou pays attention to the basics, with a comprehensive look at spices, preserved lemons, couscous, warqa (paper-thin pastry), harrissa, charmoula and tagine cooking.

The chapter on spices also contains a selection of spice mixes such as ras el hanout, his own restaurants curry blend as well as Ethiopian Berbere.

If you have never attempted to make your own preserved lemons, Lahlou’s easy to follow instructions will have you set to become an expert.

When it comes to couscous, Lahlou will convince you never to buy the quick-cook packets ever again. Sure, hand-rolling couscous takes a little time, but the end result is worth every minute of it.

The recipe chapters are crammed with mouth-watering temptations such as a Berbere-cured chicken liver mousse garnished with pickled green strawberries or a delicious combination of braised artichokes, cipollini onions in cumin broth. Some of the gems, such as chicken bouillon with wheat berries and salt-baked tomato are quick and easy, while others such as basteeya are more complex, but certainly worth the effort.  The modern version using phyllo with rainbow chard and edible flowers is superb.

New Moroccan by Mourad Lahlou (with Suzie Heller, Steve Siegelman and Amy Vogler) is published by Artisan.  The sumptuous photographs in the book are by Deborah Jones.

Source: THE VIEW FROM FEZ