Morocco World News
Home Education Empty Classrooms and Teachers in Waiting: Who Is to Blame? 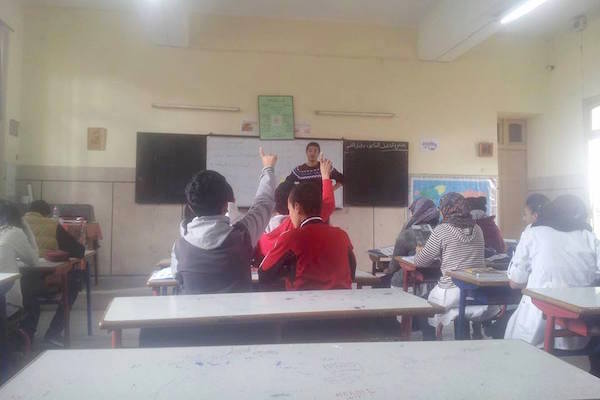 Before starting school this year, and like every year, teachers were bombarded with regulations and rules that they need to abide by so that the beginning of school year runs smoothly and in the best conditions.

Accordingly, as a teacher, I sat my mind on following the rules keeping in mind the best interest of my students. Thus, I planned the revision that will probably take the first couple of weeks and which will help students remember what they were taught last year and get used to using English again before we start this year’s new lessons.

To my surprise, the students, who are supposed to be concerned with the learning process more than anyone else school, weren’t in their classrooms where they should be. Like a rare currency, they were scarce and scattered in the school yard with no notebooks nor pens, dressed as if they were about to attend their best friend’s birthday party,  with no intention to head to their classrooms where their teachers are awaiting them, watching this weird scene, astonished and helpless.

For two entire weeks, the teachers in my high school, and in a number of other schools, have been attending their classes on time to find nothing but vacant classrooms and unoccupied chairs. It feels like coming back home every night to an empty bed: cold, humiliating and meaningless!

Note should be taken to the fact that not all teachers live next to the schools where they work: Some of us have to ride buses or taxi cabs to school; others have to rent a place in the area where they were appointed, while others have to commute everyday in any means of transportation available to reach their destinations, all of which requires considerable efforts. But what is the point of taking all this trouble to come to class and do nothing? Yes, we could read books and plan lessons, invest this time in useful ways, but aren’t we supposed to be teaching during this time? Aren’t we paid to do just that and nothing else?

Surprisingly enough, hundreds of students aren’t questioned nor punished for their absenteeism and carelessness, while teachers are obliged to be present during their working hours, even if students aren’t there, are warned that if they didn’t, they will be marked absent and that such immoral behaviors are unacceptable and should not be repeated!

This weird phenomenon- the reoccurrence of students’ absenteeism for two weeks and the passive reaction of the administration staff towards it, has led me to reflect upon the state of education in Morocco in general. Whenever students’ success rate drops, whenever their level deteriorates, whenever the number of holes in the entire educational system increases, the first and only one held responsible is the teacher, as if he or she is solely responsible for this downfall.

Society generally, and parents specifically, view teachers as the easiest target and most suitable scapegoat and blame them for their children’s failure. Seldom do they stop and look closely at the origin of the problem in order to work it out with the teacher, whose only goal is to see their students succeed. I have seen over the years how most parents nowadays take their children’s side- even if it’s not a matter of taking sides at all, and refuse to even consider that their children might be at fault, never punish them, do nothing but back up their rebellion, unaware that they are only ruining their children and stand in the way of a healthy relationship between the teacher and the parent which always serves the student best.

I would like to conclude by inviting every parent reading this article to focus on their children’s progress instead of looking for the teacher’s flaw, because even if the latter does have one, it is always better to work on what we can change instead of criticizing what we cannot.