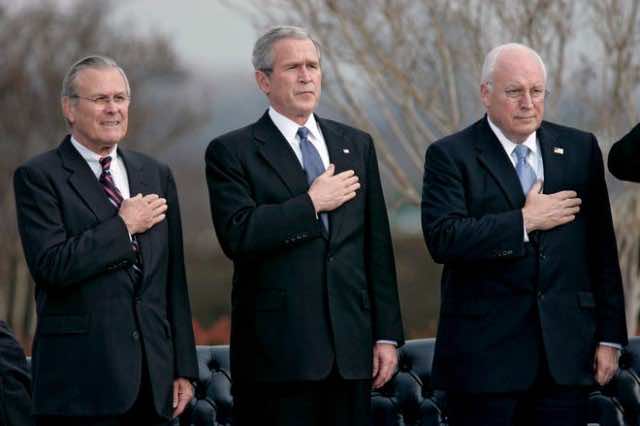 Casablanca – I once met a young American journalist who came to Morocco to undertake a tour of several cities. The young man asked us, “Why do you hate us so much?” Surprised by his approach, I said to him, “Look at me. Do you really think I hate you or I hate any other American? “

Taken aback, the young man replied, “Absolutely not. And what surprises me most is that people behave very kindly with me.”

“Why do you think we do not love you?” I asked.

“Very well, it is necessary that you correct your question and you ask people why they hate the policies of Washington,” I said.

I continued my argument, saying to my questioner that it would have been better if he had stayed at home, turned on his TV and watched what was reported: an air attack against a funeral procession or wedding, the murder of a cameraman by US forces, a U.S. soldier forcing his prisoners to get naked and then shackling them like dogs or U.S soldiers trying to relieve themselves on the bodies of people that they had recently killed. We also hear of American soldiers who amuse themselves by firing on women and children, or facts that come from prisons run by Americans, where donkeys have more value than the prisoners.

And then I told my American journalist that if he went back in time, he could learn what was done by the United States in Vietnam. He could ask his father about the two atomic bombs dropped on civilians in Japan. I also recommended that he read up in the archives of the war in Iraq to find information on the Abu Ghraib prison or the chemical and phosphorus bombs dropped on Fallujah. And, long before, the genocide of Native Americans, the enslavement of African peoples and many other things of the like.

Once, in the middle of Ramadan, twenty Americans were sitting in a diner in Rabat to take their full ftour. Some of them had fasted and some had not. They looked to be nice people, fluent in Arabic, either dialect or classical. Some of them told me that they liked the Arab and Muslim worlds and the language they had learned to get closer to its culture. I answered them right away, that they would be reduced to the rank of spies for the service of their country in Arab lands, and it was even possible that they would be appointed to U.S. prisons to translate the testimony of Muslim prisoners for American interrogators.

Americans are, overall, kind people. It is a kindness that comes close to a certain naiveté. U.S. policy has transformed her people into a flock that blindly follows its leaders and applauds, intensely, those who kill people. This is a disoriented people, a people who have been cheated and brainwashed by their leaders. Otherwise, how to explain Americans seeing what their leaders do and continuing to vote for these murderers? And, after, they ask, “Why do they hate us? ” How naive. How silly.

One day, minding my business, I met a group of young American tourists. One of them handed me a card that stated his position as president of an association in the United States. The card contained a number of different religious symbols. Surprised, I inquired about this curious association and he answered me that his organization, like many others in America, was involved in the merger and the unification of cultures and religions.

I laughed, saying between gasps that what was wonderful about Americans is that they are a people of great foolishness. The largest proof of this madness is that they want to unify cultures and religions (under the leadership of Uncle Sam, of course).

The biggest problem is that Americans do not understand how life works and this ignorance makes our Yankee friends think that America is the reference and the rest of the world is its backyard.

The American people are based upon two fundamental principles: resentment and foolishness. And between these two principles, the media operate by demonizing others to better convince people of the soundness of their leaders’ policies. Americans are no longer surprised by anything, nor do they feel any remorse to have some people vilified, others exterminated or enslaved, when they urinate on the dead etc. America has all the rights, because it is the reference.

A few days ago, some television stations aired footage showing Libyans carrying the body of the slain U.S. ambassador to Benghazi, some of them shouting “Allah Akbar”. American TV commentators said that the Libyans celebrated the death of the Ambassador, and that the more radical pounded it with their “Allah Akbar”. Later, it turned out that that people who expressed their joy did so because they thought the American was still alive and there was a chance to save him.

Americans, why do you hate us so much?