By
Larbi Arbaoui
-
Larbi is a freelance writer and assistant editor at Morocco World News.
Sep 25, 2012
Spread the love

Since the dawn of history, especially when the man took off the permanent nomadic life style and began setting up societies that relied on domesticating animals and cultivating crops (horticultural and agricultural societies respectively), new human relations based on exploitation and dependency gradually emerged.

Throughout history, patterns of these human relations have taken many facades and manifested in many forms. In nearly all basic types of societies defined by sociologists and anthropologists, there has always been a technological invention that has rendered the lives of some a bed of roses while it has subjugated so many others and reduced their lives to miserably dependent creatures. To put it differently, there have always been masters and slaves. Sadly, the new masters of our time are electronic gadgets.

You can run; you can hide, but worse you can’t escape being the slave of an electronic device. Since their invention, people far and wide have become increasingly dependent on computers, cell phones, and other high-tech devices that made our life easy; I mean easy to be controlled and manipulated.

Not a day passes without getting more and more dependent on computers, mobile phones and the internet in further intricate ways. It is true that everyone can work and have many daily tasks and duties done from the comfort of home. From one’s living room, one can pay his/her bills, study, shop and talk in real-like conversation with one’s family and friends. Yet, the new masters convincingly impose on us their dominance, astutely shape our thoughts and in the process left us at an utter loss.

When the computer becomes the central point of a person’s life, when one’s life depends largely on internet services, it is easy to guess how hopeless and miserable one becomes when such service goes down. This kind of people may lose the appropriate means to function properly in their societies. Too much dependence on electronic communicative devices is likely to deprive one’s normal social behavior and even lead that person to develop laziness and anti-social tendencies.

Despite the many benefits of computers, we have to admit that we have become slaves of these little genius inventions. In some way, we not only buy those devices for the necessary services they provide us with, but we have developed an obsession for all the newly released versions of these electronics. What makes the whole story even worse is that we can’t always afford to pay for the high priced new technologies, and our lives become desperately miserable. Worse, the companies producing new technologies have mastered means to make the old version less reliable and skillfully add new features and services to the new devices that capture consumers’ appetite to blindly look for new releases even at the expense of their necessities.

Unlike previous periods in the development of human history, the new era, characterized by the advent of the computer microchip, has different means to dominate and exploit more people than any other system ever did. The key to generating wealth and power seems to lie in the ability to manipulate and sell information. In other words the more high-tech slaves you have the more prosperous and wealthy you become. 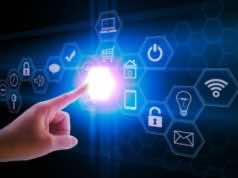 Is the Digital Revolution Benevolent or Malevolent to Humanity?