Britain on Tuesday prepared to hand over radical Muslim preacher Abu Hamza to the United States on terrorism charges after the European Court of Human Rights rejected his final appeal.

The court upheld an April 10 ruling against the hook-handed Egyptian-born terror suspect and four others which had approved their extradition by London, ending a long legal battle.

US Justice Department spokesman Dean Boyd said the United States was “pleased” by the decision and vowed to work with Britain to extradite the men.

The suspects had argued that they would face degrading treatment because they would be sent to the notorious ADX supermax prison in Florence, Colorado and would face possible multiple life sentences.

But the Grand Chamber of the European court in Strasbourg unanimously decided there would be “no violation” of the European Convention of Human Rights if they were sent to the United States.

The British government welcomed the decision.

“The home secretary (interior minister Theresa May) welcomes today’s decision not to refer the cases of Abu Hamza and four others to the Grand Chamber,” a spokesman for the ministry said.

“We will work to ensure that the individuals are handed over to the US authorities as quickly as possible.”
A British government source told AFP the extradition was “likely to be within weeks rather than days — at least a couple of weeks for arrangements to be put in place”.

It also emerged on Tuesday that Queen Elizabeth II had quizzed the previous government before Hamza’s initial arrest in 2004 as to why he was still a free man.

“The queen was pretty upset that there was no way to arrest him, she couldn’t understand why,” reported BBC journalist Frank Gardner, who spoke to the monarch.

Abu Hamza, the former imam of the Finsbury Park mosque in north London, is wanted in the United States on charges including setting up an Al-Qaeda-style training camp for militants in the northwestern US state of Oregon.

He is also accused of having sent money and recruits to assist Afghanistan’s hardline Taliban militia and Al-Qaeda, and of helping a gang of kidnappers in Yemen who abducted a 16-strong party of Western tourists in 1998.

Hamza, who is in his mid-50s and has one eye and a hook for one hand, was jailed in Britain for seven years in 2006 for inciting followers to murder non-believers.

Hamza had lodged the appeal along with computer expert Babar Ahmad, who has been held in a British prison without trial for eight years after being accused of raising funds for terrorism.

Ahmad’s official campaign, run by family, friends and supporters, last year sent a petition signed by almost 150,000 supporters to the British government urging that he be tried in Britain.

Supporter Karl Watkin has brought a private prosecution against Ahmad in the hope that it will force a trial in Britain, but the Crown Prosecution Service has yet to make a decision with time running out.

“I await the Director of Public Prosecution’s decision… as a matter of urgency.”

The others to lose their appeals were Syed Tahla Ahsan, Adel Abdul Bary and Khaled Al-Fawwaz.

The court suspended judgment on a sixth man, Haroon Rashid Aswat, saying it required further consultations on his schizophrenia.

Aswat was indicted as Hamza’s co-conspirator while Bary and Al-Fawwaz were indicted with late Al-Qaeda leader Osama bin Laden and 20 others for their alleged involvement in, or support for, the bombing of US embassies in Nairobi and Dar es Salaam in 1998.

Ahmad and Ahsan are accused of offences including providing support to terrorists and conspiracy to kill, kidnap, maim or injure persons or damage property in a foreign country. 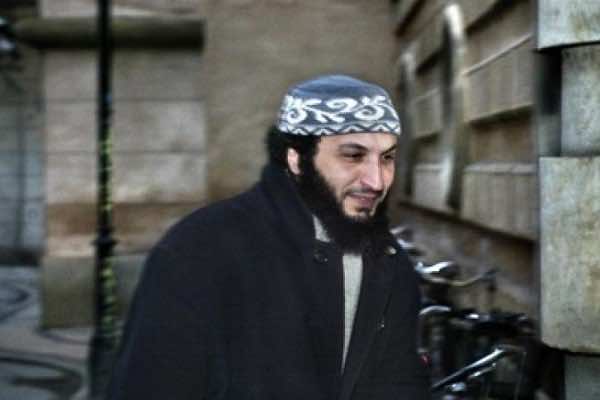