Radical Islamist preacher Abu Hamza has launched a last-minute appeal in a British court against extradition to the US, two days after a European court ruled he could be handed over, an official said.

Egyptian-born Hamza and a second terror suspect, Khaled Al-Fawwaz, had both lodged legal challenges with the High Court in London, said a spokeswoman in Britain’s Judiciary Office.

“I can confirm applications have been received by the High Court from Abu Hamza and Khaled Al-Fawwaz seeking injunctions to prevent their extradition,” spokeswoman Rachael Collins told AFP.

“These will be considered on the papers by a single judge in the first instance.”

There was no immediate indication of when the papers would be considered, but the spokeswoman said there would not necessarily be a hearing.

The European Court of Human Rights on Monday upheld an April 10 ruling that it made approving the extradition from Britain of Hamza, Fawwaz and three other suspects.

The suspects had argued that they would face degrading treatment because they would be sent to the notorious ADX supermax prison in Florence, Colorado, and could face multiple life sentences.

But the Grand Chamber of the European court unanimously decided there would be “no violation” of the European Convention of Human Rights if they were sent to the United States.

Hamza, the former imam of the Finsbury Park mosque in north London, is wanted in the United States on charges including setting up an Al-Qaeda-style training camp for militants in the northwestern US state of Oregon.

He is also accused of having sent money and recruits to assist Afghanistan’s Taliban and Al-Qaeda, and of helping a gang of kidnappers in Yemen who abducted a 16-strong party of Western tourists in 1998.

Hamza, who is in his mid-50s and has one eye and a hook for one hand, was jailed in Britain for seven years in 2006 for using speeches on the streets of London to incite followers to murder non-believers.

Al-Fawwaz was indicted with late Al-Qaeda leader Osama bin Laden and 20 others for alleged involvement in, or support for, the bombing of US embassies in Nairobi and Dar es Salaam in 1998.

Britain’s Queen Elizabeth II found herself caught up in the case on Tuesday when a BBC correspondent revealed she had raised concerns with a previous government about Abu Hamza.
The state-funded broadcaster later apologised for having breached the confidence of the queen, who as a constitutional monarch is not supposed to express political views. 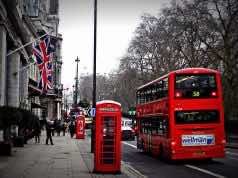 Moroccans in the UK: A Guide to Virtual Iftar and Whatsapp Eid 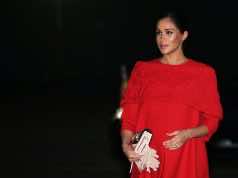 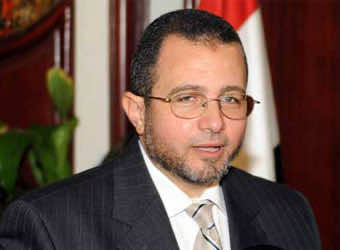 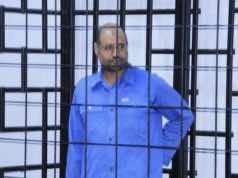 Judicial tug of war in Libya over Kadhafi son

Abu Hamza’s US trial to start next year