General Carter F. Ham, Commander of the U.S. Military Command in Africa (AFRICOM), commented that “Morocco has powerful and stable government and military forces, which makes it a role model.”

He made the statement during a press conference today at the U.S. embassy in Rabat on the effects and prospects of the crisis in the Sahel on regional and international security.

The U.S. General is visiting Morocco, accompanied by Deputy Assistant Secretary of Defense in charge of African affairs, Amanda J. Dory, to participate in the Atlantic Dialogues from 28 to 30 September.

General Ham added that his talks with Moroccan military officials will focus on planning for new military exercises for “AFRICOM,” in addition to addressing opportunities to strengthen overall cooperation with Morocco.

He further explained that the military relationship between Morocco and the United States is a beneficial partnership, adding that the U.S. is determined to maintain a strong relationship.

General Ham also highlighted Morocco’s crucial role in recent years in the composition of the military base in Africa, adding, “Morocco’s voice and role will be inevitably welcomed in this path.”

He also underscored the contribution of Morocco in developing a local approach to address the problems in the region, expressing his willingness to cooperate with the Kingdom in this regard.

Concerning the Sahara issue, Gen. Carter Ham emphasized that the U.S. government’s position is clear and is based on supporting the United Nations approach, saying, “We are looking for a just and lasting solution” to the conflict.

The U.S. government’s position on the Sahara issue was made clear by Hillary Clinton, U.S. Secretary of State, who described it as “constant,” during the visit of Moroccan Foreign Minister, Mr. Saad Eddine El Othmani, in Washington on September 14 on the strategic dialogue between the two countries.

She said “the United States made it clear that the Moroccan autonomy plan for Western Sahara is serious, realistic and credible.”

On the other hand, General Carter expressed his concern regarding the dangers besetting the region noting that they have become “transnational” and stressing that any expansion of the activities of the al Qaida or Ansar al-Dine, or any other terrorist organization would be a danger to the stability of the region.

In regards to the situation in northern Mali, he pointed out that there are no plans for a U.S. military intervention in the region.

After Islamist fundamentalists, Ansar al-Dine, captured northern Mali earlier this year, the Sahel has become a volatile, chaotic quagmire critically threatening stability in the region all the way north to Morocco, especially with the widespread availability of weapons after the toppling of Libyan dictator Moamar Ghadafi.

Many specialists press their concern that Mali can be the next Afghanistan, serving as a major hub and a new haven for al-Qaeda terrorists. Al Qaeda’s increasingly dangerous presence in the Sahel constitutes a critical challenge in an area stretching from the Atlantic Ocean to the Red Sea. 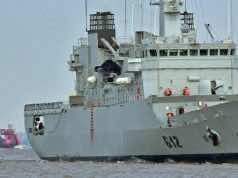