Taroudant, Morocco - In Morocco, as the political calendar kickstarts in September, more political analysts are voicing their dissatisfaction with the work of the leading Islamist led government PJD. 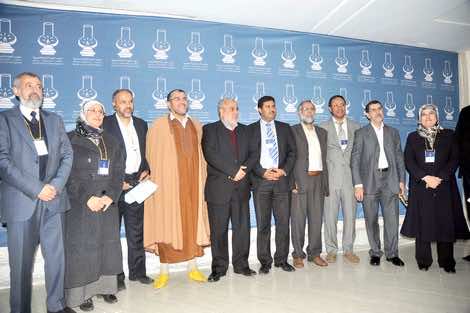 By
Larbi Arbaoui
-
Larbi is a freelance writer and assistant editor at Morocco World News.
Sep 29, 2012
Spread the love

Taroudant, Morocco – In Morocco, as the political calendar kickstarts in September, more political analysts are voicing their dissatisfaction with the work of the leading Islamist led government PJD.

To that effect, several political movements are calling for a cabinet reshuffle. During the recent election campaign of the party of Al stiqlal, Hamid Chabat has called for a cabinet reshuffle, using a divisive approach. Some considered it only a political stint that helped him secure unwavering support of his followers and the position of Secretary General from the Fassi Family.

The man simply echoed the turmoil and anger of the masses sparked by the improvisation of some ministers in managing the public affairs. To get out of the current crisis, some wise measures and decisions have to be taken. Constitutionally, a cabinet reshuffle is next to impossible, but to resort to technocrats can surely be a wise choice to save the country from the cynical and paralyzing economic situation.

The technocratic government is a government or social system controlled by civil servants, especially scientists and technical experts who have knowledge, expertise, or skills in specific public administration fields. Unlike politicians, technocrats are qualified people who master the field of their specialties and are able to take decisions that will hopefully rescue the country mired in economic and social problems. Some may argue that a technocratic government is not democratic because it is not elected by the people, but I would say that it is less important the way such people are selected as long as they can effectively come up with measures that will take the country afloat.

Throughout history, we have seen how political solutions proved incapable in dealing with the complicated economic crises. In a situation of crisis, namely the great depression of 1929 and the recent crisis that hit Euro zone, technocrat movements were receiving more traction than ever before. The Soviet Union, Russia today, is considered the world’s first technocratic government, when the Communist Party had recourse to a high number of engineers who rapidly promoted the country’s economy during the industrialization of the 1930s.

Away from setting political accounts or being driven by political agenda, technocrats are not only qualified experts who  have a capacious conception of their field, but also people who put national interests above party political interests. That is, they have no political party interests to protect, but rather society’s welfare is the cornerstone of their mandate.

At the end of the day, the average citizen is concerned about his daily life as opposed to political games.  Moroccans are demanding concrete results that contribute to areas that matter most to them , in particular job and wealth creation, access to basic services

“The right person in the right place” is a Moroccan saying reiterated by many political parties, but, unfortunately, only very few, if any, consider its wisdom when assigning tasks and positions to their party members. I am not questioning the competency of anyone, but some political positions require skills and expertise, an asset critically in need in the Moroccan Government structure. For this specific reason, and for the state’s welfare, I strongly advocate appointing several technocrats in the government and integrating Moroccan competencies from inside and outside the country.