By
Loubna Flah
-
Loubna FLAH is a Moroccan national.
Oct 1, 2012
Spread the love

Casablanca – Since 2010 residents of Mohammedia, 41 miles (66 kilometers) south of Rabat, have been trying to draw attention towards the rising number of women inflicted with breast cancer and, more particularly, among the residents of “Lashhab village,” situated a few kilometers from the industrial zone.

According to the Moroccan daily Al Massae, the reports published in 2010 revealed that 80 percent of the village residents suffered from respiratory diseases like allergies and chronic asthma.  The local doctors, who witnessed a hike in the number of asthma patients, made the link between the asthma outbreak and the toxicity of industrial waste as well as gas emissions.

The cancer cluster is raising real health concerns among the population neighboring the industrial area. Conversely, the local authorities have constantly denied any association between cancer cases and the industrial activity.

In fact, the city council has always asserted that the level of toxic pollutants in the air is compliant with environmental standards and does not represent any health risk.

Al Massae reports the statement of a 35-year-old man who lives nearby the industrial compound in Lashhab village. His mother has been wrestling for many years with asthma.

“A large part of the village population is inflicted with asthma,” he said. “But we are more concerned with the occurrence of a new range of lethal diseases like cancer,” he added.

Dr. Aliati has been following the size of the population affected by respiratory diseases especially among Lashhab village residents. He confirms that almost 70 percent of patients suffering from respiratory diseases live along the coastal line adjacent to the Mohammedia industrial compounds. He ascribes the frequency of respiratory complications to the contamination with gas emissions emanating from nearby factories.

On the other hand, the ministry of environment had conducted an empirical study in 2003 to give an accurate estimation of pollution levels in Mohammedia and its impact on children suffering from asthma.

Al Massae uncovered also a request addressed by the General Directorate for Control and Dangers’ Prevention to a research center to conduct top secret research on pollution in Mohammedia. The secret study revealed that Mohammedia is highly contaminated by toxic pollutants like mercury. The coastal areas neighboring the factories are mostly affected by this toxic chemical element.

Mercury poisoning is caused by exposure to mercury or its compounds. Symptoms typically include sensory impairment, disturbed sensation and a lack of coordination. The type and degree of symptoms exhibited depend upon the individual toxin, the dose, and the method and duration of exposure.

In the poor neighborhoods situated a few meters away from the factories in charge of refining petroleum products, the risk of contamination is 20 times higher.  Other areas like Ain Sebaa and Barnoussi in Casablanca are likely to be affected by mercury and lead poisoning.

High levels of lead in the blood is toxic to many organs and tissues including the heart, bones, intestines, kidneys, and reproductive and nervous systems.

It interferes with the development of the nervous system and is therefore particularly toxic to children, causing potentially permanent learning and behavior disorders. Symptoms include abdominal pain, confusion, headache, anemia, irritability, and in severe cases seizures, coma, and death.

In a visit to the LaSamir oil refinery, Al Massae reporters asserted that the industrial procedures used by LaSamir are cleaner, especially since the refinery is trying to produce lead-free gasoline.

Nevertheless, their visit to “SANEP,” a company specializing in the production of petroleum products, revealed shocking facts. The company is still releasing 0.15 mg/l of mercury though it has abandoned the mercury based processes for cleaner industrial protocols.

Another study revealed that the thermal station affiliated to the National Office of Electricity releases 770 tons of lead per year in the air, 1330kg of lead released into the soil and 133 Kg of mercury released in the air.

The studies conducted by different bodies and in different industrial zones in Mohammedia disclose the likelihood of lead and mercury poisoning.

The factory owners put the blame on the authorities who give construction permits in areas closely adjacent to industrial zones. Nevertheless, the authorities, the industry professionals and the ministry of environment should assume their responsibility and look for immediate solutions. 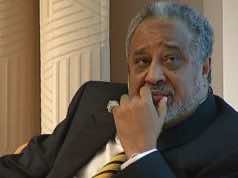