Rabat - For a rebellion against a government to be useful and to benefit people, it should be legitimate in the sense that it should at least be morally and politically right.

Rabat – For a rebellion against a government to be useful and to benefit people, it should be legitimate in the sense that it should at least be morally and politically right.

Morally, it should be against injustice, and politically it should be for the benefit of the people and not to the benefit of an elite, political group, or military junta. In other words, it should be for the long term benefit of the nation. History shows us that revolutions often lead to positive post-revolutionary political systems, such as the case of France after the 1789 revolution.The abolition of the Old Regime and the Declaration of the rights of Man and the Citizen are legacies which constructed modern democratic France. These positive changes brought through popular rebellion can be contrasted with disastrous results such as in the case of the Bolshevik revolution which led to state totalitarianism disguised under the name of communism.

As mentioned above, the fundamental reason for the existence of the state is to protect the security of the people. If not, what is the state’s purpose? To be at the service of a political or financial elite? Such as what we witness in a number of nation-states? In western political theory at least this fact is not desirable. In Hobbes’ canons, the sovereign’s existence is meant to take human being’s out on an undesirable state of nature which is a ‘war of all against all’ (Hobbes) and to introduce the latter in a civil society where security is guaranteed by the sovereign. That is, a society where government guarantees security, stability ‘and happy life as far as it is possible’ (Hobbes).

Some would argue that these values of justice and equality are desired by the people only in the western liberal world. It will be argued here that the opposite is true. Justice and equality is a universal aspiration. This can be proved by analyzing current world affairs, in particular what is happening in the Arab world, or as some coined it ‘the Arab spring’. Citizens throughout most of the Arab world protested and/or rebelled against their governments. In some countries such as Tunisia, Egypt and Libya citizens succeeded in overthrowing their despots and corrupt elites.

Whereas in other countries, the state apparatus seems to be more difficult to overthrow and more bloody towards its rebelling populations. The instance which obviously comes to mind is Syria, with a population which is being slaughtered by the state apparatus’s army and officials. This instances show that even in the Arab world which is non-western, aspirations of justice are sought for. To come back to our question, yes citizens have a right to rebel, even if the subsequent consequences (instability, tribal conflicts, insecurity, social anarchy) occur. But one should be patient, and see these negative consequences as a phase which will lead to positive change.

Second, to judge whether citizens should have a right of rebellion one should see the motives and nature of both the people and the state/government. An instance of a legitimate rebellion is the example mentioned above. That is, an aspiring group of people rising against corruption and dictatorship. An instance of an undesirable and morally and politically illegitimate rebellion would be the upheaval of an actor which has as ideology barbarism and destruction. The case of North of Mali comes to mind, with Al Qaeda in the Maghreb (AQMI) seizing power, overthrowing the former political authorities and imposing death and misery to any diverging opponent.

David Blair’s article in the Daily Telegraph illustrates the gravity of the situation: “These were not rebels from the local Tuareg tribe, who had claimed credit for the fall of Timbuktu, but international jihadists from across the Muslim world including Algerians, Nigerians, Somalis and Pakistanis. This multinational parade drove home a harsh message: a new state had been born under the effective rule of Al Qaeda.” As the passage claims, these are citizens rebelling, but not citizens from one nation state, rebelling against their state, but rather citizens from a multitude of states united under the multinational Al Qaeda terrorist group overthrowing a government they saw illegitimate. All in all, though it is difficult and problematic to judge whether rebellion is legitimate or not, this cases draw a clear example of what can be seen as acceptable or unacceptable when deciding whether a rebellion is universally valid.

Finally, when answering the question ‘Should citizens have a right of rebellion against governments who do not protect their personal security’ one should assess the nature of both the citizens and the state. As mentioned in the introduction, the state should not have a higher importance than its citizens. In the real world, the state as a distinct apparatus, is more powerful and dominant than the regular citizen. This is obvious since often it is the state which commits arbitrary arrests against its citizens, segregation, apartheid and persecutions when the former feels threatened by dissidents, or politically criticized. A case in point could be, the arbitrary imprisonments in China, apartheids such as in former South Africa, or current Israel vis a vis the Palestinians, human rights infringements in various Arab states. It is for these reasons, among other, that citizens have the right to rebel against their governments. That is to overthrow their persecutors and to fight injustice which is a universal aspiration. 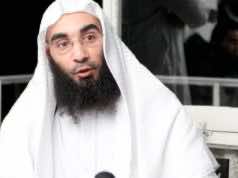