An Egyptian court sentenced an associate of ousted president Hosni Mubarak’s son Gamal on Thursday to seven years in jail for money-laundering.

In September, Ezz was already jailed for 10 years on charges of corruption and fined $110 million.

Gamal, who was widely regarded as being groomed to succeed his aging father before the latter was ousted last year in a popular uprising, is himself in jail awaiting the outcome of a trial on corruption charges.

A number of former ministers, senior officials and businessmen are also in jail pending judgement for alleged corruption. 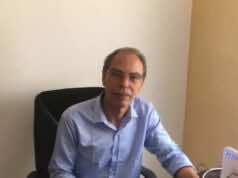