Mortar fire struck the capital of Sudan’s war-torn South Kordofan state on Monday, the United Nations said, forcing the agency’s humanitarian staff to seek safety at a nearby peacekeeping base.

Sudan’s army said one woman was killed in the shelling by rebels.

“To our knowledge there were five mortar shells that landed in and around the town” of Kadugli, Damian Rance of the UN’s Office for the Coordination of Humanitarian Affairs (OCHA), told AFP.

Residents also reported shelling in the government-controlled capital of the state where the army has been battling rebels of the Sudan People’s Liberation Movement-North (SPLM-N) since June last year.

Rance said all UN staff in Kadugli, both Sudanese and foreign, were moved “as a precautionary measure” to a base between Kadugli and the local airport.

The base is used by a UN peacekeeping mission, UNISFA, which operates in the Abyei region contested by Sudan and South Sudan.

Rance could not say how many UN personnel were involved, but the UN’s World Food Programme said that 15 Sudanese staff from its office, eight of their family members, and one international employee were taken to the UNISFA base.

“They are all safe,” a WFP official said.

The incident — rare for the state capital — comes after Sudan and South Sudan late last month signed deals on security and cooperation that they hailed as ending their countries’ conflict.

The neighbours fought in their border regions in March and April, sparking fears of wider war and leading to a UN Security Council resolution ordering a ceasefire and the settlement of unresolved issues, under African Union mediation.

The deals signed include a key agreement on a demilitarised border buffer zone, where troops must withdraw 10 kilometres (six miles) from the de facto line of control along the undemarcated frontier.

The buffer zone is also designed to cut support for rebels in South Kordofan and Blue Nile state, where the SPLM-N has also been fighting. Khartoum accuses Juba of backing those insurgents and the South, in turn, accuses Sudan of arming rebels in its territory.

Sudanese army said rebels tried to get inside Kadugli town.

“This morning a group from SPLM-North tried to get inside Kadugli town and they shelled an area six kilometres (four miles) east of Kadugli. As a result of this a woman was killed and three citizens injured,” Sawarmi Khaled Saad, the Sudanese army spokesman, told AFP.

One Kadugli resident told AFP the shelling came from surrounding hills and lasted about two hours at mid-day.

“The shells fell in various parts of the town,” he said, adding that he saw some people wounded and damage to a school and homes.

Another resident also said he heard the firing.

“Because I am inside an office I didn’t see any wounded, but I heard the sound of the shelling,” he said.

A rebel spokesman could not immediately give any information about what happened.

The incident coincided with the start of talks in Kadugli between the ruling National Congress and other political parties about how to solve the war, which the UN says has displaced or severely affected hundreds of thousands of people.

Ethnic minority insurgents from the SPLM-N previously fought alongside the rebels from southern Sudan who waged a 22-year civil war which ended in a 2005 peace deal that led to South Sudan’s independence last year. 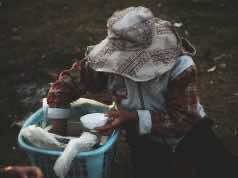 Sudan’s Bashir due in Cairo for talks with Morsi

Protests against anti-Islam film spread in Lebanon and Sudan