Lebanon should probe and punish army and intelligence officials behind alleged beatings of Egyptian, Sudanese and Syrian migrant workers at the weekend, a rights watchdog said on Wednesday.

Human Rights Watch said the abuses occurred on Sunday during a raid by armed forces on a Beirut residence, with troops assaulting at least 72 men following unofficial complaints of sexual harassment in their neighbourhood.

There was no indication any of the victims were involved in any harassment, nor did the army detain or interrogate any of them.

“According to victims and other witnesses, those beaten include at least 45 Syrian, 20 Egyptians, and seven Sudanese migrant workers,” HRW said.

“According to the men, uniformed members of the Lebanese army barged into the rooms where they lived and proceeded to viciously kick and beat them, before asking any questions.”

Nadim Houry, the New York-based rights watchdog’s deputy director for the Middle East and North Africa, said the soldiers “acted more like a gang than a national institution”.

The Lebanese army has not since made any statement about the attacks.

Human Rights Watch said all of the men it interviewed told it they had valid residency papers.

“Lebanon’s army is not above the law and the judiciary needs to immediately investigate this attack and hold those responsible to account,” said Houry.

Speaking to AFP by telephone, he said the army “behaved like a mob wanting to defend the honour of local women, attacking the male migrant. The army did not interrogate any of the men. They simply scapegoated them.”

There were at least two minors in the group of migrants, HRW said, citing witnesses.

“One Syrian migrant says he was beaten particularly viciously,” it said in a statement.

“The army had found a laptop in the room that he rented with others. They asked him to open the computer but he told them that it was not his and he did not know how to operate it. The army proceeded to throw water at him and beat him repeatedly with a wooden stick,” said the watchdog.

“HRW saw the bruises on his back.”

Lebanese residents of the Geitawi area where the attack took place told HRW they tried to intervene but the army yelled at them to go indoors, the statement added.

The raid was carried out by a state institution most Lebanese fear criticising. “Beatings against migrants, both men and women, have not in the past generated social criticism,” Houry told AFP.

“In some ways, they are accepted in Lebanese society as some kind of necessary way to keep migrants in check. Therein lies the tragedy,” he added. 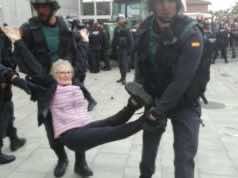 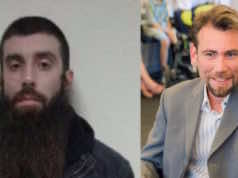