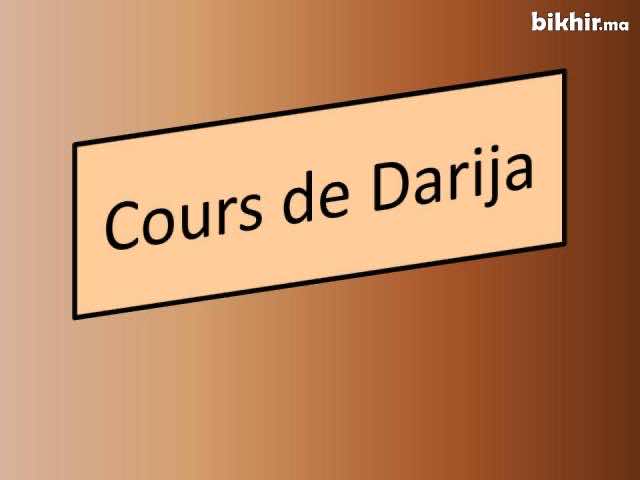 Fez – After my Fulbright grant ended last July I traveled to America to visit family and friends for about two months before returning to Morocco to study Arabic. Of all the people I saw, I looked forward the most to reuniting with my undergraduate advisor, a professor in the Religious Studies department at Rice. For three years, he was my guru, especially in Arabic. He guided me through Classical Arabic, its broken plurals, irregular masdars, ma / min constructions, and instilled in me a great appreciation for the language in its most intricate forms.

We met one night in Houston for dinner, and he made me defend my choice to stay in Morocco to him. He did so with the best intention. He had encouraged me to go abroad and stay abroad, emphasizing the importance of ‘real world’ experience and language skills for any Arabic / Middle East scholar. So I was surprised when, after explaining to him my decision to stay in Morocco, that he told me, “Matt, if you want to get serious about Arabic, you need to leave Morocco and go somewhere else.”

Feelings like his are common in the United States, among students and teachers of Arabic, and in the Arab world.

In the introduction to her book Arabic Sociolinguistics, Dr. Reem Bassiouney of Georgetown University offers this anecdote of meeting a young Moroccan woman in London:

“I came across a young Moroccan woman working in the Foreign Office. She was a second-generation Moroccan, and I was happy to discover that her parents were keen on teaching her ‘Arabic’ and that she spoke ‘Arabic’ fluently. And indeed she did – except that she spoke Moroccan Arabic. We decided to meet for lunch, and she started complaining to me in Moroccan Arabic about her Moroccan husband, who did not understand her. Apart from knowing the general topic of discussion, I did not understand much of what she said, nor did she understand much of Egyptian Colloquial Arabic (ECA), nor even my attempts at speaking Modern Standard Arabic (MSA). We basically, after five minutes, reached a deadlock. It was clear that we both had to switch to English to understand each other. It was also clear that the Moroccan woman was exposed to neither ECA nor MSA. She was fluent only in Moroccan Arabic. Had the woman been exposed to ECA or any other dialect and not specifically MSA via the media, TV and satellite channels, our communication would have been much easier. The dialects are sometimes mutually unintelligible, and while educate speakers have developed sets of strategies across dialect boundaries that include various resources from MSA, someone who knows only a dialect of spoken Arabic will be likely not to understand an educated speaker of another dialect or be able to make herself or himself understood, especially if one of the speakers comes from North Africa and the other does not. Speakers of ECA have an advantage, but only if their interlocutor has watched a lot of television in a country that broadcasts programmes from Egypt. Thus, after this incident I could understand the fear that Arabs have of losing their grip on MSA and thus losing their concept of the nation.”

It’s clear from this that Dr. Bassiouney, an Egyptian, shares my advisor’s views: North Africa is not the center of the Arab World and that North Africans are not concerned with learning Arabic (at least not as much as Egyptians, ostensibly). Dr. Bassiouney goes farther to insinuate that Moroccans and their Maghrebi brethren neglect their bonds to ‘the Arab nation.’

I shared this anecdote with a Moroccan friend today and she was rightfully shocked. “Who does she think she is?” she said before mockingly explaining how all Moroccan girls know Egyptian Colloquial Arabic because they are in love with Egyptian singer Tamer Hosny. And she’s right, many Moroccans do understand Egyptian Arabic, and even speak it. Of course those who are abroad and grow up in the West have a poorer understanding of Arabic, not living in Arab countries. Which is why using a second-generation Moroccan immigrant as a representative of all Moroccans and their command of Arabic is a startling oversight.

Dr. Bassiouney’s views are at best highly problematic generalizations based on terrible evidence. But what she, and my professor, believe reflects the reality of Arabic and the Arab World.

Arabic is unique in its diglossia. This term refers to the fact that Arabs speak multiple ‘Arabics’, usually a ‘high’ variety, or the Modern Standard Arabic referred to above, and a ‘low’ variety, i.e. the colloquial Arabic dialects.

Like dialects in other languages, the Arabic dialects differ based on geography. The greater the distance between two dialects, the greater the difference. Jordanian Arabic is similar to Shami, spoken in neighboring Palestine and Lebanon. The Arabic spoken in Qatar, Bahrain, and the United Arab Emirates is so similar that its referred to collectively as khalijiyya or Gulf Arabic. Naturally, Moroccan dialect, which developed thousands of miles from Jordan, the Gulf and Egypt, is significantly different. And it is true, as Dr. Bassiouney observes, that Moroccan dialect, or darija, is incomprehensible to most Jordanians, Khalijis and Egyptians.

But this incomprehensibility is relative, not absolute. Reading Dr. Bassiouney’s anecdote makes one think that somehow Moroccans speak inferior Arabic, that their dialect is somehow ‘less Arab’ than Egyptian, thereby leading to the two women’s inability to communicate. The notion that Morocco, Tunisia, Algeria and even Libya, are ‘less Arab’ than Middle Eastern states is popularly held, though utterly unfounded.

What measure are we to use to determine the ‘Arabness’ of one of Arabic’s dialects? Moroccan Arabic speakers identify as ‘Arab’ so as Egyptians do, so how are they less Arab? Many blame the influence of French and Berber on darija‘s lexicon and grammar. But no dialect is immune of such foreign influences. Where you find French glosses in Moroccan Arabic, you can find English ones in Egyptian. Even Standard Arabic is a repository of French and English words written with Arabic letters.

I would argue that darija is no farther from Standard Arabic than any other dialect, and maybe closer than Egyptian dialect. Lexically speaking, Moroccan Arabic makes use of some uncommon, deeply Classical Arabic words. For example the verb bagha, which means ‘to want’ and ‘to like’ in Moroccan darija, appears in Classical texts, but only rarely in Modern Standard Arabic, and not in Egyptian dialect. Additionally, many Moroccans, particularly Fessis, use Standard Arabic pronunciation, notably pronouncing their qafs and jims appropriately. Egyptians pronounce these letters much differently, or not at all, resulting in great dissonance with Standard Arabic.

Claims comparing the ‘Arabness’ of one dialect to another are dangerous. Not only are they philosophically and factually flawed, they also reak of a sort of nationalist thought that borders on racism. The truth is that all Arab nations have participated in creating greater Arab culture, and all of their contributions, regardless of geography, are valuable.

What bothers me the most is how attitudes like Dr. Bassiouney’s and even my undergraduate advisor’s go against this truth, choosing to elevate certain Arab nations over others. Yes, Egypt and its dialect are prominent in the region because of their role in popular Arab culture (Egypt is referred to as the Hollywood of the Middle East). But just because Morocco lacks that cultural presence, or the natural resources that Saudi Arabia and the Gulf States possess, doesn’t mean it is ‘less Arab’. Certainly, its dialect is less common, but no less authentic and no less valuable.

This article was originally published on the Armchair Arabist