Casablanca - You have certainly had the opportunity to read or watch The Smurfs. The Smurfs was “a Belgium comic and television franchise centered on a group of small blue creatures.” 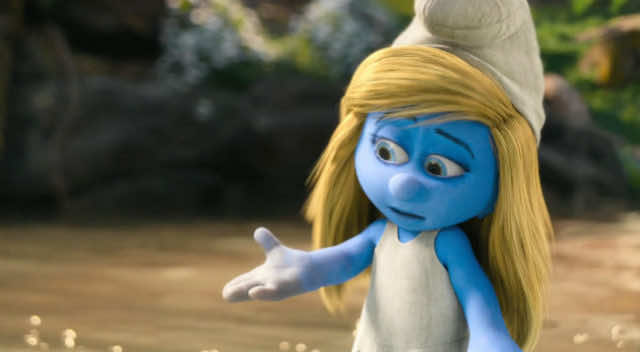 By
youssef sourgo
-
Youssef Sourgo is currently a Master’s student in Linguistic and Literary studies at Ain Chok Faculty of Letters and Humanities.
Oct 15, 2012
Spread the love

Casablanca – You have certainly had the opportunity to read or watch The Smurfs. The Smurfs was “a Belgium comic and television franchise centered on a group of small blue creatures.”

In order to understand the “Smurfette Principle,” it’s necessary to watch at least one episode of The Smurfs which features Smurfette. Smurfette, the only female Smurf, is now used as an analogy for female characters who exists alongside a large number of male characters. This recurring phenomenon in countless fictional and cinematic works has been the subject of heated debates, and has even proved to perpetuate dangerous stereotypes about women in general.

The website TV Tropes defines a “trope” as “a common pattern of recognizable attributes in a character that conveys information to the audience.” For example,the trope “Halas” can sometimes communicate offensive stereotypes to the audience, which is the case with the trope discussed in this article: the Smurfette Principle.

Katha Pollitt, the American feminist poet, essayist and critic who coined the phrase “Smurfette principle,” wrote an article about it for the New York Times. In it, Katha expresses her disturbance by the incessant production of movies and shows that are either basically all-male, or featuring one female amongst a majority of male cast members. Worse, according to Katha, this female is portrayed as being superficial or fulfilling an almost ornamental function.

One contemporary example of a movie in which the Smurfette trope is demonstrated at its utmost is the blockbuster Transformers: Revenge of the Fallen. The blog Feminist Frequency has a series of videos exploring and criticizing gender representations and messages in popular culture. The blog’s author, Anita Sarkeesian, a Canadian-American media critic, calls the movie “one of the most sexist and racist films I’ve ever seen.” Female robots’ characters are clearly underdeveloped, contrary to male robots in this movie. They also make an insignificant and very short appearance on screen for a total of exactly 39 seconds before they all get blown up at the end by a male robot from the other hostile group of wicked robots.

The Doctors, an American syndicated talk show that focuses on health and medical issues, is one more example in which the Smurfette trope is easily detectable. Alongside three male doctors—Dr. Travis Stork, Dr. James Sears and Dr. Andrew Ordon—there is only one female doctor, Dr. Lisa Masterson. Should we therefore deduce that there is a lack of competent female doctors who can host the show hand-in-hand with the male doctors? No, this is hardly a plausible explanation, especially in the U.S.

With regard to animes, the Ninja Turtles is a blatant example of the Smurfette principle. April O’Neil is the only female character in this anime of predominantly nonhuman creatures: four ninja turtles—Leonardo, Michelangelo, Donatello and Raphael—and a wise rat, Splinter, who is actually the turtles’ adoptive father. In the show, April plays the role of the ninja turtles’ companion and assistant. She regularly performs tasks and activities that the ninja turtles cannot do in public. Here, it is clear that the female character plays an instrumental function, assisting in the noble mission of saving the world. Still, it is the ninja turtles who remain the focus of the story.

It is now clear enough that the Smurfette principle is almost everywhere in popular media. The understanding of this media phenomenon takes us to the central question: “Why is there so much buzz made about the Smurfette principle?” Well, apparently, this phenomenon should not be approached frivolously for the dangerous impact it proved to have on the audience, especially children, and particularly boys.

This trope perpetuates some negative stereotypes about women that boys, at an early age, endorse as granted facts. They consequently base their thoughts and attitudes toward girls and woman on those dangerous stereotypes. In her article, “What the Smurfette Principle Teaches your Kids About Girls,” published on the Huffington Post, Soraya Chemali exhibits some of the dangers of this media phenomenon. According to her, the Smurf village story from which Katha Pollitt was inspired to coin the phrase “the Smurfette Principle,” communicates the following dangerous stereotypes about girls to boys:

– Girls are socially inactive and redundant—as the character Smurfette doesn’t have a job in the series, contrary to most (if not all) of the other members of the Smurfs community.

– Girls are judged according to their physical sex appeal

Some tend to argue, however, that this “fake issue” is not worthy of all this concern and attention, and that (mostly female) critics are making an unnecessary buzz about it. Others think that those fictional productions within showbiz are not meant to be one-gender-centered, at all. They are only the fruit of an unconscious creativity process; that is to say: choosing the appropriate cast members for a certain movie has never been based on bias or a particular gender preference.

Instead, it is just an attempt to bring a certain scenario into existence as it was first conceptualized in the creator’s mind, and any modification brought to the gender of the main characters for the purposes of gender equality should be deemed a blatant alteration of the original work. These folks, however, overlook the fact that those works, in which women occupy an almost trivial position, are, most of the time, the product of a male’s creative imagination.

Ultimately, I share Anita Sarkeesian’s view of this phenomenon, as she generously offers some simple questions that Hollywood writers can ask themselves when writing their scripts in order to avoid falling into the trap of the Smurfette principle. The first question she suggests is: “Does my movie have more than one woman in the primary cast?” It is only when the writer answers “Yes!” to this question, according to Anita, that his script can be eligible to pass on to the next test. The second question is: “Are female characters in my script talking to each other about things besides men?” If the writers’ answer to this question is also a “Yes,” then, as Anita puts it in the end of the video, “we can then talk about fully developed female characters.”