Casablanca - Close Observers of the Moroccan economy may be puzzled at the incongruity between the data included in the International Monetary Fund latest World Economic Outlook  under the title “Coping with High Debt and Sluggish Growth” and the latest report issued by Standard and Poor’s, a leading agency that provides financial market intelligence. 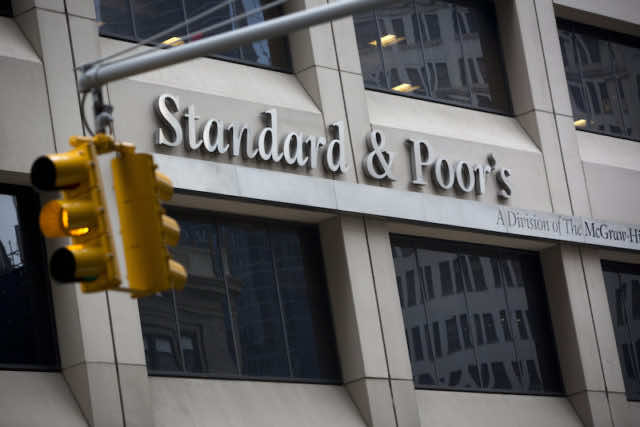 By
Loubna Flah
-
Loubna FLAH is a Moroccan national.
Oct 15, 2012
Spread the love

Casablanca – Close Observers of the Moroccan economy may be puzzled at the incongruity between the data included in the International Monetary Fund latest World Economic Outlook  under the title “Coping with High Debt and Sluggish Growth” and the latest report issued by Standard and Poor’s, a leading agency that provides financial market intelligence.

In its latest report, the Standard and Poor’s agency downgraded the economic rating of Morocco from stable to negative mainly due to high deficit exacerbated by inadequate reforms.

Indeed despite the rise in Phosphates exports, the Moroccan government failed to put forward efficient measures to reduce the deficit.
The dependency on international markets for energy supply burdens further the trade balance and impedes considerably the autonomy of Moroccan industry. It is of note that Morocco imports 98% of its energy needs from international markets.

The budget deficit soared also due to the decrease in Moroccan exports towards Europe and a sharp drop in remittances of Moroccan living abroad.

“The negative outlook reflects our view that we could lower the ratings if the fiscal and current account deficits do not narrow significantly and sustainably, social pressures escalate to a degree that they jeopardize political stability or impede coherent reforms, or economic performance is materially harmed by a weakening external economic environment,” argued Standards an Poor’s in its assessment.

This said, Standard and Poor’s asserts that Morocco’s rating may stabilize if the economic reforms succeed in reducing the deficit while maintaining political and social stability.

Morocco was granted a $6.2 billion precautionary credit line loan by the International Monetary Fund (IMF). In return, the Moroccan government is expected to cut down on public spending, which may jeopardize social stability.

In its report about the prospects of world economic growth, the IMF asserts that Morocco’s GDP will reach 5, 6% by 2013.

Interviewed by the Moroccan daily AL Massae, the economics expert Abdel Wahed Dibi explains that the contradiction between S&P and the IMF figures resides mainly in the sources used by these two institutions.

While S&P operates independently, the IMF relies solely on figures submitted by the ministry of economy and finance and other governmental institutions.

He went on to say that S&P revision of the Moroccan economic outlook was justified by the decrease in foreign investment and the rise in the budget deficit.

On the other hand, the liquidity crisis persists despite the several measures undertaken by Bank Al Maghreb, Morocco’s central bank.
Indeed, Bank Al Maghreb had repeatedly pumped liquid assets into the banking system to prevent a systemic crisis, but these measures failed to ease liquidity strains.

The liquidity crisis was initially engendered by a massive withdrawal of assets. Panic prevailed among clients when the General Directorate for Taxes launched a large scale seizure operation on many bank accounts without a prior notice.

In the midst of the global financial crisis and the inadequacy of economic reforms, the prospects of Moroccan economy remain dire despite the optimistic tone often set by government officials.