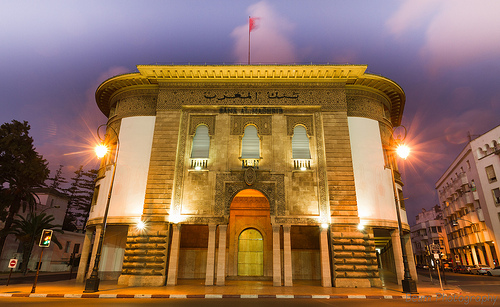 Cash-strapped Morocco has budgeted subsidy spending on energy and staples next year close to its level this year, newspapers said on Tuesday, in a move that may upset creditors and investors ahead of a maiden dollar sovereign bond.

On Tuesday, al-Ittihad al-Ichtiraki said subsidy spending was budgeted at 45.9 billion dirhams ($5.35 billion) for 2013 versus 46.5 billion budgeted for 2012 and of which close to 92 percent had already been used by end-September.

In what appears to back al-Ittihad’s report, Assabah newspaper said the draft forecasts inflation at 2 percent in 2013 down from a relatively-high 2.5 percent that was budgeted for 2012 when the government said it intended to spend less cash supporting prices through subsidies.

The government also intends to raise its public wage bill by 3.7 percent in 2013, said Assabah.

Officials at the budget and finance ministries could not be reached for comment on the reports.

The government has pledged to reform subsidies as of this year by restricting them to the neediest Moroccans in an approach commended by the International Monetary Fund (IMF) which later granted Rabat a $6-billion-plus aid facility.

So far, the reform has seen the government raise fuel prices sharply in June and in September cut by 15 percent a subsidy on soft wheat imports during the fourth quarter which it said would not impact bread prices.

IMF has said Morocco “intends to ensure better targeting and efficiency of the existing subsidy system”. It predicted that the “recent pass-through in some domestic energy prices will reduce subsidy costs by 25 percent on a full year basis”.

Subsidies took 6 percent the Gross Domestic Product in 2011. Government officials have indicated the reform push started this year may take until 2016.

Al-Ittihad said the government aims to raise its tax receipts by 5.1 percent in 2013, or a net 8.7 billion dirhams increase.

L’Economiste newspaper said the government wants high-earning individuals and profitable small and medium enterprises to pay a ‘solidarity tax’ that was introduced in 2012.

The $90-billion economy is heavily anchored to the euro zone whose troubles have hit tourism revenues, migrant transfers and foreign investment this year. ($1 = 8.5832 Moroccan dirhams)