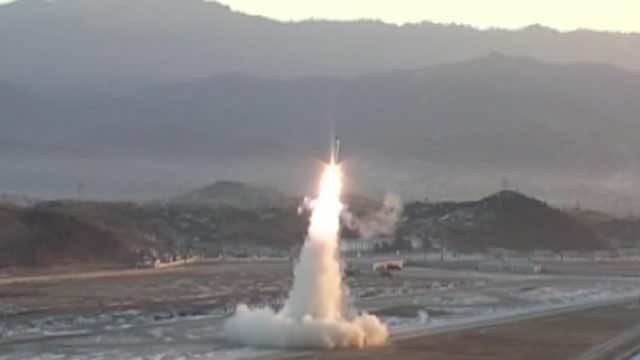 Syrian regime warplanes have dropped cluster bombs in sorties against rebels in the northwestern town of Maaret al-Numan, the fighters told AFP on Friday.

The fighters showed an AFP correspondent in the battleground Idlib province town debris from one such cluster bomb and dozens of other bomblets that failed to explode on impact.

On Sunday, Human Rights Watch issued a statement accusing the Syrian air force of using cluster bombs against the rebels and in populated areas across the strife-torn country.

The Syrian army denied the allegations, saying it did not possess such weapons.

On Friday, Turkish Foreign Minister Ahmet Davutoglu called for all sides involved in the conflict in Syria to observe a ceasefire during the Islamic Eid al-Adha festival next week.

U.N.-Arab League envoy Lakhdar Brahimi is expected in Damascus on Friday to try to broker a brief ceasefire in the war between President Bashar al-Assad and rebels.

Davutoglu says the Syrian government should take the first steps by halting attacks “immediately and without preconditions.”

Syria says it wants a cease-fire but the rebels lack a unified leadership that can agree to it.

Both sides have flouted previous cease-fires after verbally agreeing to them.

Meanwhile, Syria’s air force carried out raids on Friday morning against fighters besieging a major military base in the northwestern province of Idlib, said the Syrian Observatory for Human Rights.

“Military aircraft dropped bombs that targeted rebels camped near (the base at) Wadi Deif,” concentrating their firepower on the villages of Talmans and Maashemsha, said the Britain-based monitoring group.

The insurgents have launched what they call a “final assault” against the strategic military camp of Wadi Deif where about 250 soldiers have been holed up for days. The base also houses tanks and fuel.

The battle for the base has killed at least six soldiers, according to the Observatory, which said that the facility has been surrounded by around 2,500 rebel fighters.

To the west of the base, regime warplanes battered a residential area of the rebel-held town of Maaret al-Numan on Thursday, killing at least 49 people, almost half of them children, rescuers told an AFP correspondent at the scene.

The air strikes destroyed two housing complexes and a mosque, where many women and children had been taking refuge, in the strategic northwestern town. Among those killed was a nine-month-old baby.

Violence across Syria killed 168 people on Thursday — 70 civilians, 61 soldiers and 37 rebels, said the Observatory, which relies on a network of activists, medics and lawyers for its information.

It says more than 34,000 people have been killed in Syria since the outbreak of an uprising against Assad regime in March last year.