By Nawara Fattahova, Kuwait TimesKUWAIT -- The demand for plastic surgery has been on the rise among both, men and women, but recent data shows that a record number of men now go in for such surgery. "The percentage of men in the Arab world seeking plastic surgery has increased from 5 percent to 25 percent of the total number of patients undergoing such a surgery. Plastic surgeries are now mainstream and not just a fad or marginal issue," said world class celebrity plastic surgeon and Lebanon's beauty ambassador Dr Toni Nassar during a press conference held on Sunday at the Marina Hotel. 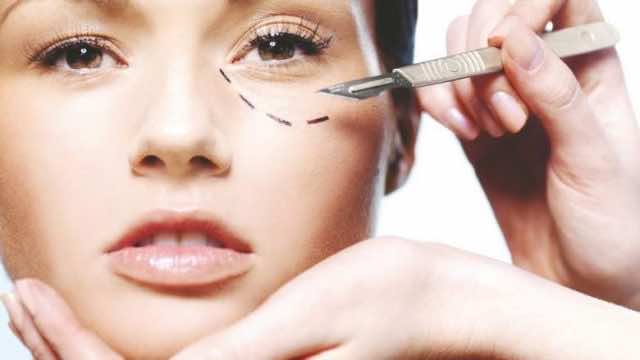 By Nawara Fattahova, Kuwait Times
KUWAIT — The demand for plastic surgery has been on the rise among both, men and women, but recent data shows that a record number of men now go in for such surgery. “The percentage of men in the Arab world seeking plastic surgery has increased from 5 percent to 25 percent of the total number of patients undergoing such a surgery. Plastic surgeries are now mainstream and not just a fad or marginal issue,” said world class celebrity plastic surgeon and Lebanon’s beauty ambassador Dr Toni Nassar during a press conference held on Sunday at the Marina Hotel.

Dar Al Shifa Hospital held this conference to announce the arrival of Dr Nassar, one of the Middle East’s leading celebrity plastic surgeons who is also a member of the Brazilian Society of Plastic Surgery and who will lead the newly established plastic surgery clinic. The new partnership with Dr Nassar reflects the hospital’s keenness to continue to expand the range of its services in an effort to provide comprehensive healthcare solutions that accommodate its patients’ needs.

Dr Nassar expressed his happiness at being in Kuwait, saying, “It gives me great pleasure to be able to contribute with my skills to help patients in Kuwait achieve the results they desire in the field of cosmetic surgery. From beauty treatments to plastic surgery, cosmetic medical care today spans a wide range of procedures that can help the patients to look and feel their best throughout their life. Together with the team at Dar Al Shifa Clinic, we will continue to personalize beauty for our patients and help them realize their full potential.” “Plastic surgeries today are a solution to many other health problems. Many people need plastic surgery after an injury caused by an accident. Plastic surgeries also treat psychological and personal problems. It is seen as an essential healthcare facility and not a luxury anymore.

The demand for plastic surgeries has increased rapidly around the world and in the Middle East particularly, and women are comparing themselves to the Arab woman who became the idol, instead of the western women. And the same applies to Arab men who are much more conscious about their image than the western men,” explained Dr Toni. He promised to present new and evolutionary techniques and solutions in the world of plastic surgeries. “The new clinic will not be limited to just the classic plastic surgeries. We will bring the newest inventions in this filed such as use of ‘stem cells’ in treating scars, stretch marks, and others. The stem cells’ usage, which is the modern technique in this filed, will be also employed to transfer the fat with the stem cells to reshape the body. And this is more effective than regular fillers or transferring fat, as it lasts for longer period,” stated Dr Toni. According to him, smoking may be an obstacle in going for a plastic surgery. “What matters in this field most is smoking, which is more important than age. I can do plastic surgery on a patient of any age, but there are some cases of plastic surgery that I refuse to do in case of patients who smoke,” he noted.

Dr Toni also advised the patients to always ask about the material used in any plastic procedure. “The patient should do some research on the internet about any material such as filler or Botox, to avoid any complications that may result from bad materials. I know some cases which suffered harm even years after being injected with permanent filler. Fillers should always be temporary and made from hyaluronic acid. I will also present solutions for those suffering from previous wrong procedures where un-licensed materials were used,” he further said. Dr Toni Nassar is a specialist, and a valuable source of information on plastic surgery. A recipient of the Helosia Bos Prize in the field of reconstruction of the scalp with expanders from the Association of the Former-Students of Professor Ivo Pitanguy in September 2000, Dr Nassar’s artistic abilities as well as his combined knowledge to achieve superior results along with top-quality medical care across the cosmetic surgery field has earned him international recognition.

Patients from all over the world have benefited from his skills and some of his patients included prominent celebrity figures. In 2010, Dr Nassar was nominated by French based TV M6 as the “The Plastic Surgeon of the Stars.” He participated in Miss Lebanon Elections 2008, in which he was awarded with the title of “Beauty Ambassador in Lebanon.” He was also featured on well known channels such as CNN, M6, LBC and MW. Dr Nassar is also known for conducting a wide range of comprehensive medical based cosmetic procedures on patients’ faces and different body parts as well as non-surgical procedures such as the Botox and fillers. His knowledge and professional skill set in utilizing the latest in modern science and advanced medical technologies was the reason why patients from around the world came to him to benefit from one of the Middle East’s most reputable plastic surgeons along with the great results he continues to achieve. 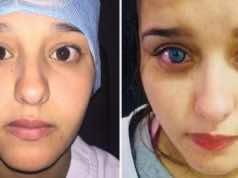