The agreement, whose value was not disclosed, was signed by Chariot director Paul Welch and ONHYM director general Amina Benkhadra and is for an initial three-year period.

Morocco is an oil importing country but is “generally under-explored” as “most of its sedimentary basins possess enormous exploration potential,” the ONHYM’s website says.

Morocco is also trying to remedy its energy dependence by aiming for 42 percent of its production to come from renewable sources by 2020, including 20 percent from solar energy:

To meet the objective, five solar energy parks are already set for construction. 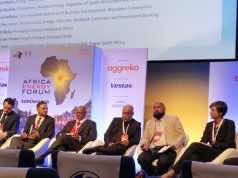