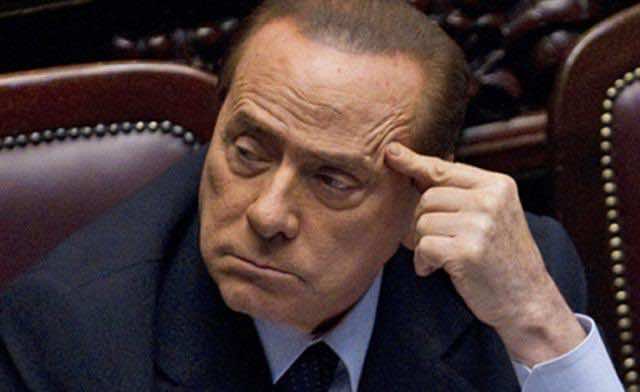 Italy’s former prime minister Silvio Berlusconi was sentenced to four years in prison for tax fraud connected to his Mediaset television channels Friday, and was banned from holding public office for three years by a Milan court.

Berlusconi has the right to appeal the ruling two more times before the sentence becomes definitive and will not be jailed unless the final appeal is upheld. Prosecutors had asked for a jail sentence of three years and eight months.

The court also ordered damages provisionally set at 10 million euros ($12.96 million) to be paid by Berlusconi and his co-defendants to tax authorities.

Berlusconi was at “the top of the chain of command in the sector of television rights until 1998,” De Pasquale said at the time, according to AFP.

The ruling comes two days after Berlusconi, 76, confirmed he would not run in next year’s elections as the leader of his center-right People of Freedom (PDL) party.

A separate trial over accusations that Berlusconi paid for sex with an under-aged prostitute is currently being heard in Milan. He denies all charges against him.

The four-time prime minister and other Mediaset executives stood accused of inflating the price paid for TV rights via offshore companies controlled by Berlusconi, and skimming off part of the money to create illegal slush funds.

The investigation focused on television and cinema rights that Berlusconi’s holding company Fininvest bought via offshore companies from U.S. groups.

Angelino Alfano, secretary of the PDL, said the ruling proved once again “judicial persecution” of the media-magnate, while political rival Antonio Di Pietro, a former magistrate, hailed the decision, saying “the truth has been exposed,” according to Reuters.

The court acquitted Mediaset chairman and long-term Berlusconi friend Fedele Confalonieri, for whom prosecutors had sought a sentence of three years and four months.

Shares in Mediaset, Italy’s biggest private broadcaster, fell as much as 3 percent after the ruling. ($1 = 0.7716 euros)

Berlusconi is not the first former Italian premier to be convicted of criminal charges, according to The Associated Press.

Former Socialist Premier Bettino Craxi eluded an arrest warrant and turned up at his villa in Tunisia in 1994 after a court in Italy charged him in a massive corruption case. He was tried in absentia, convicted and sentenced to 8 1/2 years in prison. He never returned to Italy and died in exile. Craxi was considered Berlusconi’s mentor, thanks to his opening up of private television in Italy from a state monopoly.

Former seven-time Christian Democrat premier, Giulio Andreotti, was convicted of involvement in a Mafia-murder, but he was cleared on appeal and never went to jail.