Since Morocco decided to withdraw its confidence in the American diplomat, Moroccans, from all walks of life, were wondering if their county’s diplomacy made a calculated move and if it was going to stand firm in the face of the UN and Washington’s pressure. 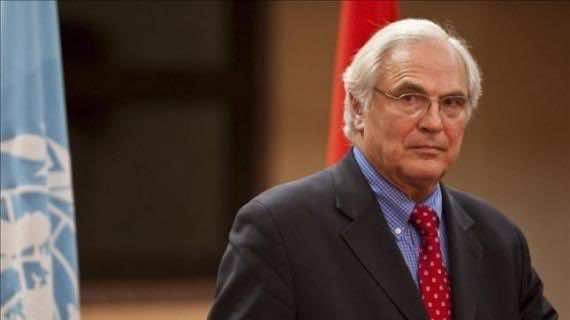 New York – More than five months after the Moroccan government declared that it withdrew its confidence in Ban Ki-moon’s Personal Envoy to the Western Sahara, Christopher Ross, and called on the UNSG to find a new envoy, the latter has resumed his work late this past week and met with Moroccan officials in Rabat, including King Mohammed VI and the Prime Minister, Abdelilah Benkirane.

Since Morocco decided to withdraw its confidence in the American diplomat, Moroccans, from all walks of life, were wondering if their county’s diplomacy made a calculated move and if it was going to stand firm in the face of the UN and Washington’s pressure.

Now the reality on the ground imposes on Morocco once again to deal with a mediator that it has no confidence in. This pushes some observers to ask the following and legitimate questions: was Morocco right when it decided to withdraw its confidence in Ross without consulting with Washington? Does Ross’ return constitute an affront for Moroccan diplomacy? Has this decision done any political damage to the Moroccan position on the conflict? Will Ross’s return contribute to the settlement of the dispute?

Most observers argue that Morocco’s decision to withdraw its confidence in Ross was premature. Our diplomacy rushed to make this move and advisers of the Foreign Minister, including in New York, did not calculate well the political repercussions of such a decision. Given the fact that we are dealing with an American diplomat, thus the face of US diplomacy, Morocco could have been better off if it conducted backstage consultations with its American friends and strove to convince them of the necessity to find a replacement to Christopher Ross.

The same observers argue that had Morocco followed this strategy, it could have obtained what it wanted and we could have seen Ross resign on his own.

It must be kept in mind that what annoyed the Americans is not that Morocco wanted to find a replacement to Ross, but rather the way in which Rabat took Washington by surprise and decided to dismiss its diplomat.

That being said, one should acknowledge that Ross’ return does not constitute an affront to our diplomacy, since Morocco secured some concessions from Ban Ki-moon, namely not to introduce any changes to the initial mandate of the United Nations Mission for the Referendum in Western Sahara, known by its French acronym as MINURSO, which is limited to the monitoring of the cease-fire in the region.

The American diplomat comes now with the clear idea that his approach regarding the conflict should change and that he needs to take into account Morocco’s demands and grievances regarding the census of the population living in Tindouf, the monitoring of humanitarian aid for the population living in the camps, as well as the Moroccan autonomy plan for the Western Sahara.

When analyzing Ross’ return to the region, one should also keep in mind that it comes amidst the instability that is befalling the sub-region of North Africa and the Sahel, because of the resurgence of terrorist and trafficking groups. There is mounting evidence that point to the involvement of Polisario elements in terrorist and trafficking activities in the region, which Ross should taken into account in his endeavors to push the parties to the conflict to find a long-lasting and mutually acceptable solution to the Western Sahara conflict.

Morocco has accepted the return of Ross after the telephone conversation between King Mohammed VI with Ban Ki-moon. During this conversation, Ban Ki-moon gave the Moroccan sovereign guarantees that the terms of the original mandate of MINURSO and Ross will not be modified.

By receiving Ross, King Mohammed VI shows once again to the international community the good faith and willingness of Morocco to work hand in hand with the United Nations to end the conflict that has lasted for 37 years, as was pointed out by Ross himself during the press conference he held in Rabat after meeting with Moroccan officials this past Monday

Now the pressure is on Ross. The ball is in his court and it is up to him to show his good faith and willingness to map a mediation plan to resolve the conflict.

Moreover, one can notice a small and positive change in the language used by Ross when referring to the conflict and the way forward. During the press conference he held after his meeting with the King, he stressed his willingness “personally to contribute to the settlement of this conflict,” a solution that would “help end the suffering of families scattered for 37 years, and help build the Maghreb Union and strengthen security and stability in North Africa and the Sahel.”

The other positive change in the attitude of Ross was reflected in the adoption of a language that is in line with the Moroccan position, which stresses the need to put an end to this conflict that stands as an obstacle to the dream of building the Maghreb Union, and threatens the stability of the Maghreb and the Sahel regions. He also said that his meeting with Moroccan officials made a “precious contribution” towards finding a “more efficient” way to make progress in the settlement of the conflict.

By using the phrase “more efficient”, one could argue that Ross has assimilated the message conveyed to him by Morocco, namely that his approach towards the conflict did not bring any progress, hence the need to find “more efficient” ways in order to move forward.

On the other hand, contrary to what some observers say, I do not think we should interpret the return of Ross as a Moroccan concession to Washington without quid pro quo. I think that both parties have reached mutual agreement: the U.S. has managed to maintain its diplomat in charge of this conflict; Morocco, for its part, has succeeded in obtaining the commitment of the United Nations Secretary-General on the fact that the scope of the mandate of MINURSO will not change.

Now Morocco should take advantage of Ross’ tour in the region to revive the deadlocked negotiation process in a way that would turn the autonomy plan, presented by Morocco to the Security Council in 2007, as a tool towards reaching a viable settlement for the Western Sahara conflict.

In light of the failure of the nine informal talks held between Morocco and the Polisario since Ross was appointed by the UNSG in early 2009, Morocco should make it clear to him that a new approach is needed in order to move the process forward. The Moroccan Plan has been generally well received by the international community. It was greeted in UN Security Council Resolutions 1754, 1871, 1979 and 2044 as a “serious and credible” effort to move the process forward towards a resolution.

In the face of the near impossibility to organize a referendum of self-determination because of the absence of agreement between Morocco and the Polisario on the eligibility of voters, Ross ought to be more realistic and find a common ground that would allow the parties in the conflict to reach a political and mutually acceptable solution to the conflict.

Mr. Ross should assimilate the fact that a “mutually acceptable” solution should rule out any settlement based on the wishes of the Polisario, which seeks to exercise its “right” to self-determination on the understanding that self-determination should include independence as an option. Hence the necessity to explore the other two options provided for in UN General Assembly resolution 1541 of 1960, namely free-association and autonomy, which are also considered as forms of self-determination.

When it comes to resolving the long-standing dispute over Western Sahara, most diplomats and policymakers agree that all options consistent with the principles of self-determination under international law ought to be on the table. UN Secretary General Ban Ki-Moon echoed this view on 25 February 2010, when he remarked that “[i]f the United Nations is to fulfill its obligations in supporting the legitimate aspirations of the peoples of [the world’s remaining non-self-governing] . . . territories, a pragmatic and realistic approach – taking into account the specific circumstances of each – is most likely to lead to concrete results.”1

Will Christopher Ross be able to come up with a new approach that would break the deadlock and move the negotiation process forward? The reports he will present to the UN Secretary General and the UN Security Council in late November are likely to reveal his capacity to lead the parties towards a viable solution to the dispute, as well his intentions towards Morocco. Morocco will have then to draw its conclusions based on these reports and chart a new approach for its dealing with the UNSG’s Personal Envoy.

Samir Bennis is the co-founder and editor-in-chief of Morocco World News. You can follow him on twitter  @SamirBennis