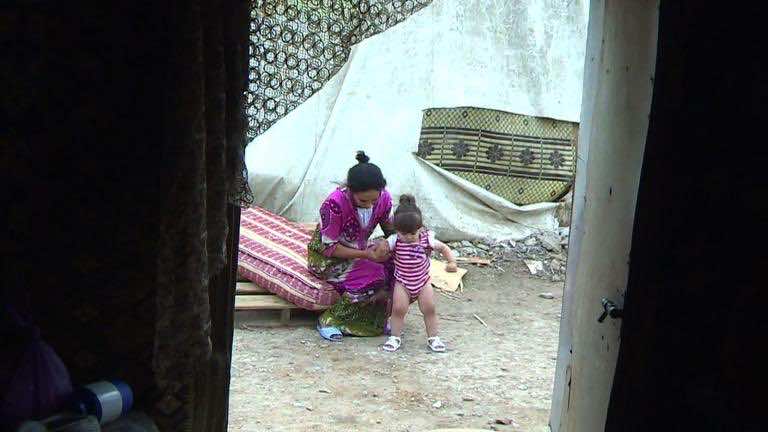 Rabat- Fedwa Laroui, that’s a name many Moroccans will never forget.  On February 22, 2011, Laroui, 25, the mother of two children, set herself on fire after being excluded from a social housing program.

According to her, she had also been mistreated by authorities because she was an unmarried mother.  Two days later, Laroui died, succumbing to her fatal injuries becoming, according to media reports, Morocco’s national Mohamed Bouazizi, and leaving both the country and the international community to a large shock.

Many single mothers in Morocco say they face discrimination, segregation, intolerance, brutality, and sometimes, arrests. But if Fedwa Laroui, by an ultimate act of despair chose to end her life, the other Moroccan unwed mothers still have to face the critical outlook of society: families, police, judges, doctors in very distressing and difficult circumstances.

In Morocco, recent statistics bring the number of unwed mothers to 220,000, according a 2011 survey submitted by the association Insaf, a nonprofit organization established to prevent child abandonment. It says that amounts to more than 550.000 babies.

As in most Muslim countries, many families consider falling pregnant out of wedlock in to be shameful and a sin.

“Sex out of wedlock is forbidden in Islam, for both boys and girls. But the irony of all that is, when it comes to sex, only girls are stigmatized by society. A non-virgin girl will always be considered as a slut, if not a whore but if on top of that, she manages to get pregnant, she just bought her ticket to hell. And in Morocco, hell starts before she dies,” emphasized sociologist Abdellah Ziwziw, who adds that in many cases, the pregnant woman is rejected by her family.

Amina Chlouchi 25, is the single mother of a 2 year old baby girl named Malak, which means Angel in English.

“When my parents found out I had a daughter, they totally cut off ties with me. They don’t want to hear anything about me or my daughter anymore. My sister told me once they never mention my name at home. It’s like I never existed,” says Chlouchi.

In fact, in Morocco, it is against the law to have a baby out of wedlock. Article 446 of the Moroccan Penal Code, establishes punishments for sex outside of marriage. According to the same Article, if convicted, a Moroccan could be sentenced to one year’s imprisonment.

Chlouchi says she trusted her boyfriend when he promised her love, support and marriage but, in the end, she says she got none of that from the father of her child. After Chlouchi told her daughter’s father about her pregnancy, she says he warned her that he would never recognize his child with her. Sadly for her, he was a man of his word.

“I didn’t expect anything from him anymore after giving birth to Malak, no money, no marriage. All I asked for is that he establishes the paternity. But two years later, he still refuses” said  Chlouchi. “Yes, I made a huge mistake, but my baby has nothing to do with all this. She has the right to have a decent life.”

Chlouchi says the most challenging part in her whole single mother experience, was delivering her child. “I will never forget the day I was in labor,” said Chlouchi. “The hospital staff treated me so bad. They didn’t offer me food and didn’t even let me stay with the “regular” patients.”

Despite all the barriers placed by society, some single mothers – including Chlouchi  manage to find psychological and legal help at women’s and girls‘ centers or refuges, though they are without the capacity to help all of those who need it. Chlouchi says after she left the hospital, she was desperate “I was homeless, with nowhere to go, no money, no clothing and no one to help.”

“I don’t know what could’ve happened to me and my daughter if I didn’t hear about Solidarité Feminine’ Chlouchi says. “I applied, and my situation was so desperate I got accepted only a few days later,” she adds.

Solidarité Féminine, is one of the most well-known centers for single mothers. It was established by Aicha Ech Chenna in 1985 in Casablanca.

“When I saw, back in the 80’s, a young mother’s crying for shame tears and forced to abandon her child, I swore to God it was going to be the last one. The baby’s cry for his mom kept ringing in my ear all night. I couldn’t sleep, » said Ech Chenna.

Years later, she became known as the Moroccan “Mother Theresa,” an icon of women’s rights, even winning the humanitarian Opus Prize in 2009. Solidarité Féminine, for its part, has been supporting unwed mothers for more than 25 years.

“I created this Association to prove to those mothers and to society, that abortion and abandonment are not the only solutions. I wanted these mothers to know they could be able to keep their babies and hope for a decent life, even if they are by themselves,” says Ech Chenna, adding that her association is overwhelmed by applications and can only hold a maximum of 50 mothers, providing them jobs, health care and baby-sitters.

“In Morocco, due to lack of centers, the burden of poverty is borne disproportionately by single mothers living alone,” says Ech Chenna. That’s the case of Ajetou, 46, herself a single mother who benefited from the help of Solidarité Feminine. After she left the Association, Ajetou found a job as a garbage truck driver. Although she lives in the slums, she has managed to provide her daughter Dounia , 23, with a good  education.  Today, Dounia is a fifth year medical school student in Casablanca.

“Even though I was confronted sometimes by my classmates’ mockeries, I always walked with my head held high. If my father decided to abandon me, it’s his loss and not mine,” said Dounia. ”My mother was enough for me and I’ll always be grateful to her for all the sacrifices that she made for me,” she adds.

For many single mothers it appears to be their children that give their lives meaning and focus.  “Malak, is my angel,” Chlouchi says. “She made my life better and brighter. Every time I look at her, as hard as it is for me, I know I made the best decision.” Chlouchi has even managed to resume her studies in sociology at Hassan II university in Casablanca.

Ranya Sossey Alaoui is a contributor to Morocco World News