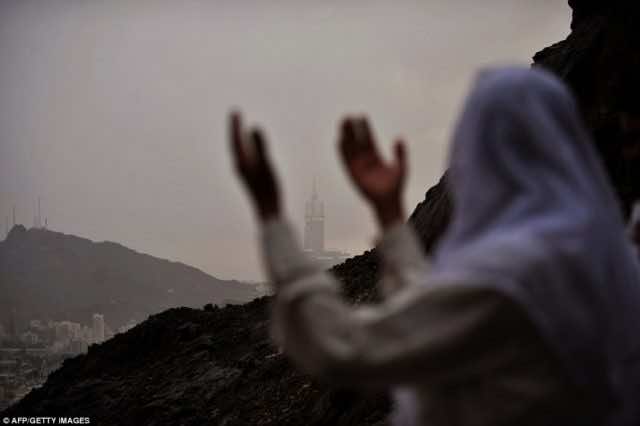 Rabat – “There is nothing beyond our first death, and we shall not be raised again,” – Surat Ad-Dukhan.

Poring over this Quranic verse repudiates whatever claim on human sempiternity. It further renounces that the world we create to quench our avaricious cravings is but a perishable game we choose to call “existence.”

Most of this world’s couturiers (i.e. humans) are predisposed to disremember that prettiness bleaches as time passes by; that plants etiolate as seasons alter; that every product they consume expires on a certain date; that every book they read has a final chapter; that every sentence they write has a full stop; that every day has a closure called ‘night’… These beings are so engrossed in feeding their greed that they are blinded to take in the fact that every beginning has an end… These souls are so worldly-minded that they refuse to remind themselves that they are destined to revisit the dimness they once knew as “birthzone,” and irrevocably rest [in peace] at a “burial chamber.”

The gluttonous nature of the human appetite makes death seem like a ludicrous ritual. To put it bluntly, Man witnesses the last gasp of myriad creatures almost everyday, yet he fails to define death or even imagine how his end could be like. Most claim that it is the mystery of that frightening moment of their termination that makes them obliterate the image of the dead world they will once join.

In Islam, however, death is an enjoyable soul journey especially for the true believers. The prophet (Peace Be Upon Him) said, “Live in this world as though you are a stranger or a traveler (passing through it),” [Sahih Muslim]. That is, humans are on a journey that is assuredly coming to an end. Muslims believe that they are born to die, and that every soul shall have a taste of death no matter what or who they are. For them, death is an inevitable destination.

In fact, this is confirmed in the Quran many times. Allah (SWT) says in many Surah’s: “To us must your return.” He also says: “And indeed We created man (Adam) out of an extract of clay (water and earth). Thereafter We made him (the offspring of Adam) as a Nutfah (mixed drops of the male and female sexual discharge) (and lodged it) in a safe lodging (womb of the woman). Then We made the Nutfah into a clot (a piece of thick coagulated blood), then We made the clot into a little lump of flesh, then We made out of that little lump of flesh bones, then We clothed the bones with flesh, and then We brought it forth as another creation. So blessed be Allah, the Best of creators. After that, surely, you will die. Then (again), surely, you will be resurrected on the Day of Resurrection.” [Surah Al Mu’mineen] These verses and others more seek to remind Muslims that the journey of death begins in their mothers’ wombs.

Based on the above-stated Quranic verses, the very belief in God becomes meaningless if there is no life after death. Therefore, the human reconciliation with death necessitates that Man liberate himself from the luxurious life-chains, and eventually devote himself to worshiping his Creator. In fact, the belief in life after death not only guarantees success in the Hereafter, but also makes this world full of meaning by making individuals more responsible and dutiful in their activities.

Beyond the religious sphere, “life” and “death” cannot be defined separately from each other even in our lexical books of reference, i.e. dictionaries. “Life” is described as “A spiritual state regarded as a transcending of corporeal death.” whereas “death” is defined as “The act of dying; termination of life.” Humans, then, should perceive death in the same way they perceive life, because working for one’s end is but a chance of a lifetime.