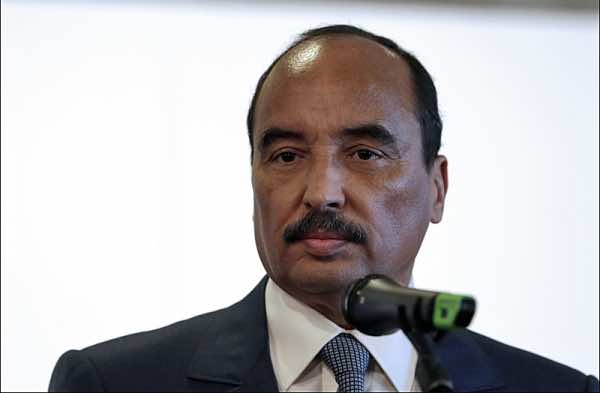 Taking a deep perspective on the chronology of the confusion and political disorder in Mauritania on Oct. 13, one can figure out the extent to which the shooting of the President has cast its shadow on the future prospects of the country. President Ould Abdel Aziz appeared in flesh and blood in an interview with the National TV on October 14th, praising the surgeons who saved his life, whom he described as national heroes.

The same day, he was dispatched to France where he stayed several days before his faint picture was broadcasted with the French Defense Minister in the hospital. Later, Ould Abdel Aziz vanished, without a picture or at least a recorded message to bolster the Mauritanian population on the occasion of Eid Adha. Rather, he sent a mere written letter in which he emphasized the importance of national unity and the upshot of tolerance and open-mindedness among the Mauritanian people.

This degradation of the President’s appearance on the local political scene reflects, among many other things, that he is weak enough not to appear to share with his people the real story of what precisely happened to him.

The shooting of the Mauritanian President has provoked many questions about the political future of the country regarding the positioning of the military junta, the affiliation of the political opposition and the so-called democratic government, the role of the latter in relation to the Military Council for Security. The Military Council for Security has the real power in the country, monopolizing everything from behind the thin curtains of the political stage in Mauritania.

Many observers of the situation in Mauritania now have come to the conclusion that the government was just a shadow of the military junta. It has been now four weeks since the government last held an official meeting. In these meetings, which are supposed to be held every Thursday, the government passes bills and legalizes contracts and appointments. All governmental activities have been suspended because of the shooting of the president. This situation pushes one to be sure that the whole country has been embodied in the only person of the president. It is a totalitarian regime in the full sense of the word which is taking over Mauritania despite its pretense of being democratic.

Since the President’s forced trip to France, the so-called Democratic Opposition Coalition has been escalating its activities and protests to mobilize people. Last Thursday, the DOC called for a huge popular demonstration to urge the government to reveal the true circumstances of President Ould Abdel Aziz. His medical file has been a top secret for the military council, which is refusing to share any information with the people.

The periodical President of the DOC, Mr. Saleh Ould Hanan, has made it clear that the Mauritanian people have the right to know what happened to the President and who shot him, where, when, why, and how. These simple questions are important for all Mauritanians, who have been heavily relying on the widespread rumors coming from various resources.

The reality of what happened to President Ould Abdel Aziz is still hazy and surrounded in mystery. A mystery which has led many journalists and Facebook users to predict an upcoming coup d’etat, which is likely to be orchestrated by some military council members with the help of French intelligence, which has never been far from what is going on in Mauritania.

On Nov. 2, the traditional leader of the opposition, Mr. Ahmed Ould Daddah, had an interview on Al Arabia Channel a few hours after the DOC’s demonstration. He stated that “Mauritania is now going through an exceptional historical phase which necessitates a common ground to be created among the political players in order to reach a consensus for the sake of saving the nation.” Talking about the role of the military junta in Mauritania, he said that “The Army is the protector of the nation and they should stay out of the political game.”

Daddah’s view about the military involvement in politics seems to be irrelevant and utopian to the extent that it preaches for a real democracy within a totalitarian regime.

A good example of this doubtful endorsement is what has the president of the National Assembly did when he declared his support for the President after they had a telephone conversation on 31 October. Mr. Massoud Ould Belkheir said, in his press conference, that President Ould Abdel Aziz is getting better and he will be back soon to govern and rule the country and the opposition should never be in a hurry to announce a political vacuum in Mauritania. Massoud went further and suggested a memorandum to the opposition leaders one day before they organized their march against the military intervention and the political stagnation taking place in the country. In terms of the timing of the press conference of Mr. Massoud Ould Belkheir, the President of the National Assembly, many people deduced that there has been a political rapprochement between a part of the opposition and the government.

However, the National Assembly is one of the two chambers of the parliament which has been illegitimate since 2011. The parliamentary elections, as well as the municipal ones, were supposed to be held last year but the government has decided to delay them. This raises the issue of a violation of the constitution. Many said that all that has been going on the political scene in Mauritania are anti-constitutional decisions.

Violating the Constitution for the sake of President:

The current political situation in Mauritania is increasingly critical. There is a heated debate about the relevance of the constitution in the case of the “partial absence” of the president. The constitution clearly states that in a case of dismissal, early election, or permanent absence of the President, the head of the Senate will be appointed automatically by the Constitutional Council as the commander in chief for a period no more than 3 months.

Article 28-92, issued on 18 April 1992 and concerning the responsibilities of the Prime Minister, states that “in a case of a temporary disability or absence of the President of the Republic, the Prime Minister can preside over the Ministers Meeting.” However, this law was abrogated 6 September 2007 by another decree numbered 157-07. In this decree, the PM’s responsibilities were dropped out from the fifth article of the original decree, so the PM is no longer qualified to chair the Council of Ministers in Mauritania.

It is certain that this abrogation was made by Mr. Sidi Ould Cheikh Abdallhi when he was the president with the help of the Military council member who brought him there. It was meant to consolidate government responsibilities in the hand of the president, a monopoly which is contradictory to the basic principles of democracy.

The constitution, which is supposed to be the only reference of individual rights and the guarantee of the national unity and welfare, has been modified and misinterpreted by the military stratocracy. They omit what is against their agenda and add whatever serves their domination and political sustainability.

The time has come to make a real decision about rewriting the constitution with a priority to the people. It should be democratic and for the benefit of the people because democracy is nothing but “governing people by people for people.” This concept of democracy should replace the military imposition on the powerless Mauritanian people.

In nutshell, if we want to regain our dignity from the tight grip of the Army, we will stand for our future. We need to think about the future generations who will come up with the dim hope shining in their eyes for a better life.

Of course, the military stranglehold still prevails and the future prospects are still uncertain because of the commonalities between those who are in power and those who claim to be an opposition in terms of education, culture, age, and even conceptualization.

The only way to rebuild the country and liberate it from the military domination will be through creating a deep rupture between the upcoming generations and the one currently monopolizing the nation. We need to set up a new vision of the nation in which all Mauritanians will enjoy their belonging and being regardless to their race, color, ethnicity, gender, language, or region. 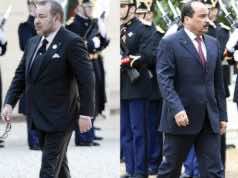