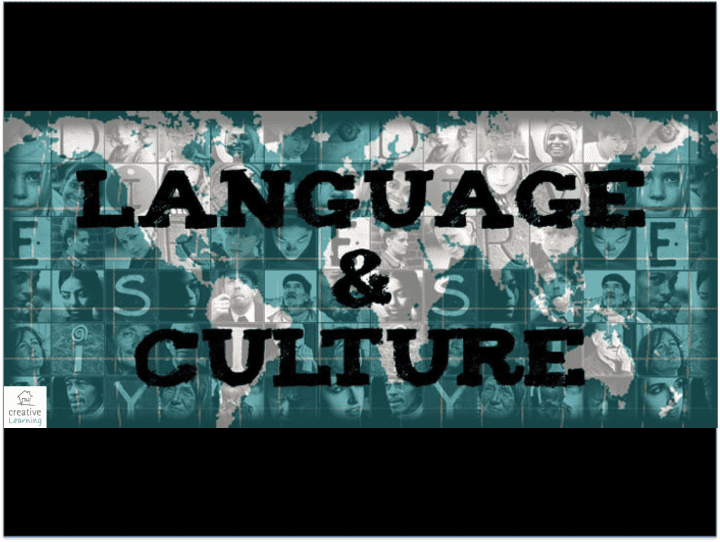 In recent times, culture has come to be regarded as the fifth skill in foreign language learning and teaching. For this reason, cultural awareness has become an indispensable constituent of advancing the communication skill in language learning. Kramsch (1995) noted that “it is because of the mediatory role of language that culture becomes the concern of language teachers” (p.85).  Ryan (1995) argued that to study a language involves studying cultural aspects pertinent to the language; that is, culture and language are inseparable. It might also be accurate to state that “teaching language is teaching culture” (Kramsch, 1993, p. 177).

Byram (1991) suggested an amalgamated ‘fourfold’ replica for teaching language and culture: language learning, language awareness, cultural awareness and cultural experience. According to him, “the language will unlock the door to culture”, (p.17). Thus, in view of the claim that language and culture are undividable throughout language learning, students will also learn the target culture when they learn a new language. For this reason, providing students with the apposite kind of cultural awareness is a critical issue in curriculum design. Pennycook (1994) proposed a critical pedagogy for teaching English as a world language and said “A critical practice in English teaching must start with ways of critically exploring students’ cultures, knowledge, and histories in ways that are both challenging and at the same time affirming and supportive” (p.311).

Based on Pennycook’s claim, language educators need to “enhance a self-reflexivity and attentiveness to the cultures, knowledge and voices of others” (Ibid.). That is to say, language teaching is intended for helping students both find and create voices in a new language to introduce their own culture and maintain their own cultural heritage. Kramsch’s (1993) study explained the importance of cultural awareness, cultural sensitivity, and the emphasis on both local and global knowledge in English learning. He summarized some features of a critical language pedagogy which includes what he termed “awareness of global context”. This suggests that “the teacher should be attuned to a larger cultural context and make students aware of it,” (p.244).

From a linguistic standpoint, Luke and Cook (1986) argued that no particular dialect or accent is qualitatively superior to another, yet teachers’ negative reactions to low-prestige varieties of language can at the very least, lead to misunderstanding and to extremely low expectations of academic performance.

Considering the on-hand arguments, it can be noted that there should be a bridge between the culturally familiar and the unfamiliar in order not to give rise to conflicts as learners acquire the language. In fact, Alptekin & Alptekin (1984) suggested that “learners should be provided with opportunities to use English in relation to local situations and to international circumstances in which they are interested” (p.18). Duff and Uchida (1997) further argued that fostering critical awareness regarding issues of cultural identity and the curriculum is essential in both ESL and EFL contexts. In other words, cultural awareness and understanding are essential for language teachers while they are teaching a second or foreign language to students.