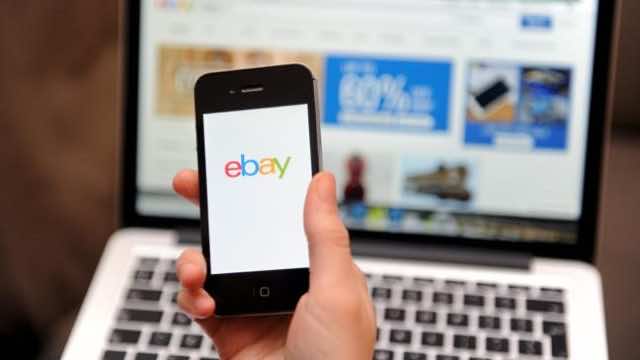 Casablanca – What is the weirdest thing you have ever come across for sale on Ebay and for how much? Whatever object you are thinking of at the very moment, you are soon to disregard it after reading this article.

An article written by Dominique Mesbergen, published on The Huffington Post Tech last Wednesday, 7th November, exposed me to one of the weirdest objects ever sold on Ebay. A rectangular piece of used cardboard, which was said to be “shaped in the form of an Iphone 5,” was offered on Ebay for sale. Strikingly enough, this pointless item garnered $300.000 in bids on Ebay.

According to Dominique’s article, the secret behind this mysterious item, which astonishingly went viral in a couple of days and has accumulated an unbelievable amount of money, is the cause for which it was principally offered for sale: charity. As the auction description on the page read: “I am undertaking for the Charity Dig Deep, which is a UK registered charity that helps communities in Kenya improve access to clean water, sanitation and renewable energy.”

Are you thinking this whole thing above is absurd? Hold your horses and read the rest!

At the end of Dominique’s article was a list of other items sold on Ebay, which were as ridiculously weird as the piece of cardboard – if not weirder!

One of those things featured on the list was the rest of a cheese sandwich resembling the virgin Mary. This peculiar piece of food was preserved by its proprietor, Diana Duyser, for over 10 years before she ultimately sold it to the online casino Goldenpalace.com for an irresistible $28,000. Apparently, as we can already infer from the nature of the purchasing party, this one wasn’t sold for charity, unlike the initially mentioned item: the piece of cardboard – are you surprised already? You still need to read what comes next!

A 19-year old lunatic fan of Justin Timberlake, who is a famous pop music figure and who recently got married to Jessica Biel (the American actress), paid $1,050 for the rest of a French toast that was left, half-eaten by the pop figure during a pre-interview breakfast. Luckily enough, Justin Timberlake had seemingly only had that French toast for breakfast; otherwise, the young fan wouldn’t have minded spending her entire savings on the remains of his food. What about now, are you speechless yet? The last weird thing sold on Ebay according on the Huffington list will surely leave you thunderstruck!

In 2012, an 18-year-old Hungarian teen provoked an unprecedented bidding war on Ebay. In hopes of making sufficient money to pay her families’ debts and embark on a journey in pursuit of her dreams, the young teen offered her virginity for sale. Can you guess how much the winning bidder shelled out on Ebay for the Hungarian teen’s virginity? Well, it was £200,000! – but is virginity even vendible?

Now that you have read about all these bizarre things sold on Ebay for different causes and purposes, do you still consider the thing you thought of as an answer to the initial question of this article “the weirdest thing sold on Ebay?”