Casablanca - By virtue of its strategic location and its resources, Morocco has been constantly sought by foreign invaders. The British and French imperialists were on a collision course as they tried to expand their hold on the African continent.

By
Loubna Flah
-
Loubna FLAH is a Moroccan national.
Nov 15, 2012
Spread the love

Casablanca – By virtue of its strategic location and its resources, Morocco has been constantly sought by foreign invaders. The British and French imperialists were on a collision course as they tried to expand their hold on the African continent.

While The British pushed westward, the French occupied North Africa. Consequently, their presence altered both the economic and cultural fabric of the colonized countries.

The immersion of French culture in Morocco collided with the social and religious principles of Moroccans. The French injected their western ideals in strategic sectors such as the economy and education. The mismatch between the French norms and the Moroccan values resulted at a certain point in a state of “anomie” among Moroccans caught between two perspectives not easy to adjoin.

Many of the complex issues that stir controversy in Morocco today can be traced back to colonial times such as secularism and Islamic identity, the state of multilingualism and less alarming yet notable the civil and the Islamic calendar. The issue might sound trivial for some, yet a deconstruction of concepts that are commonly accepted is liable to provide informative insight into our society.

The Christian calendar is a colonial legacy that may prompt reflection about the residual effects of French colonialism on Moroccan culture. The Christian calendar was first adopted upon the promulgation of Pope Gregory’s decree in Catholic countries such as Italy, Spain, Portugal and Poland. The Gregorian calendar was later used by more European and European influenced countries. In Morocco, for instance, the Christian calendar is primarily used for civil, official and administrative purposes despite its direct affiliation to the Catholic Church and the papacy. The schedule of most public holidays are referred to using the Gregorian calendar such as Independence Day, the King’s enthronement and the Green March.

Morocco has also conserved the Islamic calendar, commonly called “the Hegira”. It is based on the lunar cycle, which means that each month begins with the new moon. The Hegira also has twelve months; therefore it falls short of the Gregorian calendar by 11 days. It was named after the “Hijra” which marks the prophet Mohammed’s (Peace Be Upon Him) journey from Mecca where he was persecuted to a more hospitable environment in Medina.

The Hijra is a milestone in the history of the Muslim community since it marks the foundation of the first Islamic state. In Morocco as for many Islamic countries, the Islamic calendar is mainly used for religious celebrations like Eid Al Adha, the first of Muharram, which marks the beginning of the Hegira year. The Islamic calendar is brought to light in particular for religious landmark events such as Ramadan and the pilgrimage season in the holy month Dou lhija.

Nevertheless, many Moroccans are not well acquainted with the Hegira months of the year. When asked about the current Hegira year, Chaimaa, a student in a vocational center, remained confused for sometime, at last saying,” I really don’t know”. She tried in vain to recall in order months of the Hegira year. She argued that she used to know more about the Islamic calendar when she was in primary school especially from Arabic and Islamic educations classes. Likewise, many young Moroccans cannot list the months of the Islamic calendar and remain ignorant of the current Hegira year since they use more often the Christian calendar either in schools or in workplaces, especially in the private sector where French is the lingua Franca of interaction.

This state of ignorance can be ascribed to the educational system’s shortcomings. Rachid, a high school teacher of Islamic education, asserted that the Islamic education syllabus does not cover the “Hijra” events adequately, nor does it mention the significance of each month in the Islamic calendar. He added that the Islamic calendar is duly invoked in one level in primary school. The same issue is never reiterated neither in middle school nor in high school.

As a matter of fact, the Moroccan educational syllabus seldom operates in continuum through the major educational stages, namely primary school, middle school and high school. Educators and parents often express their frustration for this incongruence, which leaves the learner perplexed and unable to connect new input with their prior knowledge.

In fact, when a new piece of information is introduced in isolation, the human brain finds it difficult to subsume it to preexisting mental schemas. The new input remains in the short memory for some time. If this new input is not accentuated through an adequate contextualization, it is deemed futile and consequently pruned from the mental frameworks.

In addition, the Moroccan learner’s contact with the Islamic calendar is further weakened during higher education since the bulk of disciplines in university are taught in French which is more valued since it is equated with job opportunities and social prestige. Parental guidance equally falls short in raising awareness about the importance of the Islamic calendar.

Many parents would not tolerate the ignorance of the civil calendar but find it pointless to provide their children with insight to the Islamic calendar. It is said that in times of cultural decadence or economic depression, the native cultures are often deprecated. As the wider world shrinks into a smaller village, the appeal of those cultures associated with technological progress and economic prosperity grows stronger at the expense of local cultures.

Considering the disregard of the Islamic calendar in Moroccan society as an identity problem might be exaggerated, yet the analysis of this inadequacy can draw our attention to contradictions that are often overshadowed such as the media coverage of the New Islamic year celebrations in contrast with the civil New Year festivities. 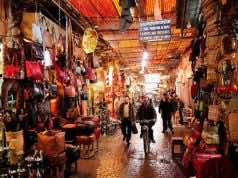 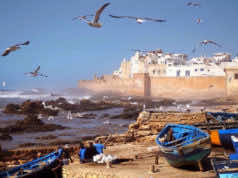 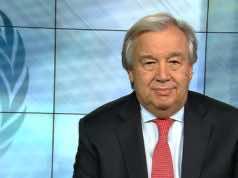