Ex-CIA chief David Petraeus began his testimony before lawmakers Friday about the September 11 assault on the US mission in Benghazi, his first appearance since resigning suddenly a week ago.

Packs of reporters and camera crews were on hand at the US Capitol hoping  to catch Petraeus entering the highly-anticipated, closed-door hearing of the  House Intelligence Committee but they were left disappointed.
The retired general was escorted through a side door, a staffer said, and  lawmakers who used the main entrance declined to discuss what they hoped to  hear from Petraeus, who is embroiled in scandal over an extra-marital affair.
Republicans have blasted the White House over its response to the Benghazi  attack — which killed the US ambassador and three other Americans — and its  initial conflicting explanations of what happened, hinting at a wider cover-up.
The mission in Benghazi, Libya included a CIA operation, which Petraeus  would have overseen before quitting as spy chief last week over his affair with  biographer Paula Broadwell, which was uncovered by the FBI.
Republicans have accused Washington’s UN envoy Susan Rice of misleading the  country by telling Sunday talk shows after the attack that it was part of a “spontaneous” protest against an anti-Islam video.
It eventually emerged that there was no protest, but rather a coordinated  assault on the compound believed to have been carried out by Al-Qaeda-linked  Ansar al-Sharia militants.
Petraeus will testify at two closed-door hearings on Friday, and according  to CNN will say he knew “almost immediately” that Ansar al-Sharia was behind  the attack, but that there was “confusion” about the assault.
The retired four-star general will also reportedly say that 20 intelligence  reports linked the attack to the video, which sparked violent protests the same  day in Cairo, where demonstrators scaled the walls of the US embassy.
Several congressional hearings, most of them closed to the public, are  probing the Benghazi killings this week. A heated House hearing Thursday saw  lawmakers exchange bitter accusations about the assault and the White House’s  handling of it.
State Department and FBI probes into the attack are also currently under  way, and Secretary of State Hillary Clinton has agreed to testify before House  and Senate hearings once her department finishes a review of events in  Benghazi. That report is expected by mid-December.
US senators got their first look Thursday at dramatic real-time video  footage of the attack.
However, the hearings seem to have done little to resolve the partisan  sparring over the administration’s response, with Republicans strongly hinting  at a larger scandal and President Barack Obama’s fellow Democrats appearing  more reassured.
The deputy chairman of the Senate Intelligence Committee, Republican  Senator Saxby Chambliss, said the hearing with US intelligence officials  Thursday made clear that “mistakes were made.”
Chambliss said there would eventually be public hearings and “the American  people are going to have the opportunity to see the questions asked and get the  answers to questions that they have had since September 11th of this year.”
Republican Senator Roy Blunt told CNN that, based on the video of the  hours-long consulate attack, “it’s not hard to establish that there was no  demonstration, there was no crowd.
“When this started, it started as an act of violence. And that should have  been obvious to anybody talking about that from the very start,” Blunt added.
But Democrat Adam Schiff said after a House Intelligence Committee hearing  that acting CIA director Michael Morell told the panel Rice was briefed with  the same unclassified information that lawmakers received.
Schiff said those who suggest Rice was “misrepresenting” intelligence “are  either unfamiliar with the facts, or willfully disregarding them.”
Critics have seized on Rice’s remarks to argue that the White House misled  or even lied to Americans during a heated election season.
Rice has been floated as a possible successor to Clinton, who is stepping  down early next year, but some Republicans have threatened to block her  appointment over Benghazi.
Obama has accepted responsibility for any failings related to the attack  and on Wednesday scolded Republicans for going after Rice.
The inquiry into Benghazi has been further complicated by the downfall of  Petraeus, who resigned after his affair was uncovered by an FBI investigation  into threatening emails sent by Broadwell to Florida socialite Jill Kelley,  whom she apparently viewed as a competitor for the general’s affections.
The investigation also uncovered a trove of correspondence — some  described as “flirtatious” — between Kelley and General John Allen, Petraeus’s  successor as the top US commander in Afghanistan.

The married Allen — whose promotion to NATO commander in Europe has been  held up over the probe — says he has never been in the same room alone with  Kelley, who is also married and was a family friend of both Petraeus and Allen. 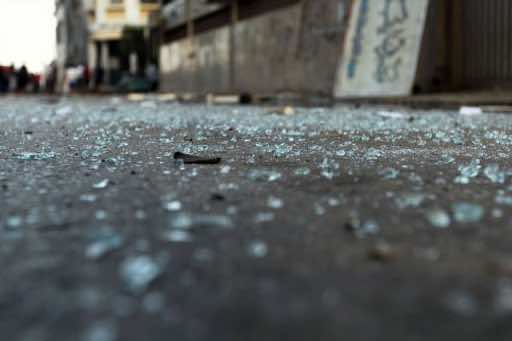 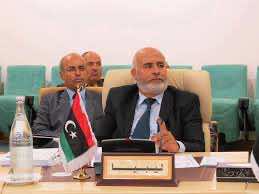