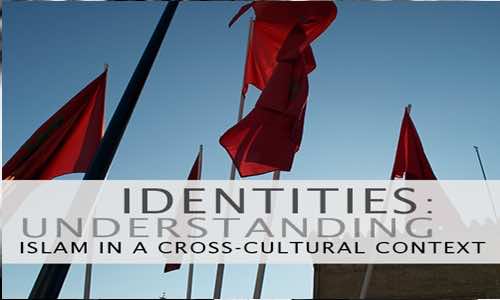 Casablanca – “Identities: Understanding Islam in a Cross Cultural Context” is a cross-cultural collaborative project between student teams from both the Ben M’sik Community Museum (BMCM) located at the Faculty of Letters of Ben M’sik, Casablanca, and the Museum of History and Holocaust Education (MHHE), based at Kennesaw State University, in Georgia, the United States.

“Identities” is an online exhibition that has the goal of the eradication of misconceptions and pre-established stereotypes on Muslims and Islam through its diversely educational content. This content is an accumulation of collected data from a previous successful project between both BMCM and MHHE entitled “Creating Community Collaboration.”. The grant was funded by the American Association of Museums and the U.S. State Department’s Bureau of Educational and Cultural Affairs. The grant connected Moroccan students from BMCM and American students from MHHE in order to work together on collecting “oral histories” from representatives of each of those two communities.

The American and Moroccan museum teams had previously worked together on conducting surveys in their surrounding communities. The goal of these surveys was to identify misconceptions and stereotypes held about Muslims and Islam, and those held by Americans in relation to Islam. Additionally, thanks to the first grant, members of the American museum team from MHHE came on a visit to Morocco in order to continue work on the initial project, while at the same times educate themselves about Islam and the Moroccan culture. Equally, members of the Moroccan museum team from BMCM traveled to the U.S. for the same reasons.

The Identities project came, therefore, as a unification of the fruitful efforts invested by both the previous Moroccan and American teams from BMCM and MHHE. The collected oral histories, the results of the conducted surveys’ analysis and the accounts of both museum teams’ visit experiences in the U.S. and Morocco were collected to form the content of the online exhibition project: Identities.

The American Association of Museums and the U.S. State Department also funded a second grant, building on the success of the first project “Creating Communities,” and the efforts of the previous Moroccan and American teams. Thanks to this grant, the Identities project was made possible.

New volunteer student teams representing both the Moroccan BMCM and the American MHHE took over. With the oral histories that were already compiled by the previous teams, the new Moroccan team transcribed and translated those oral histories and interviews from Moroccan Arabic into English. Both teams also conducted a survey in the surrounding communities of their museums, adding, therefore, a second source of informative data for the online exhibition. Both the oral histories and surveys had something in common: they exhibited both the Moroccan and American communities’ perceptions of Islam and of each other’s culture.

Afterwards, the Moroccan BMCM team welcomed the American MHHE team in Morocco. This time, workshops reuniting both teams were conducted at BMCM, in the Faculty of Letters of Ben M’sik, Casablanca. Those workshops sought to carry on both teams’ work to the next level, which is discussing both the form and content of the online exhibition. Adding to the collected oral histories and analysis of surveys, both teams had already accumulated a different sort of data in relationship to the themes of the online exhibition. This data were “photos” taken by both the Moroccan and American teams in their communities which focused on themes such as migration, identity, religion, tradition, belonging and community. Those themes served a very crucial purpose later on, as a section was devoted to them within the online exhibition.

After rigorous work on the various forms of collected data, discussing the content and design of the exhibition, the American MHHE team members traveled back home carrying with them fruitful results from their collaborative work with their partners in Morocco.

A few months later, it was the Moroccan BMCM team members’ turn to go to the U.S. In the United States, the Moroccan team members attended series of seminars and meetings with government officials and museum professionals. They also attended several meetings with their MHHE partners at AAM to carry on work on the final stages of the project. The Moroccan BMCM team’s visit to Washington D.C. was aimed at helping the team become more acquainted with American culture, history and lifestyle. Through series of visits to the famous Smithsonian museums located in Washington D.C., the Moroccan team became more familiar with museum culture and mission in the U.S. and to some of its governmental bodies and institutions. The Moroccan team also visited numerous historical and memorial sites that represented different periods of the United States’ history.

After an enriching and enjoyable experience in the U.S., and after rigorous work on the Identities project hand in hand with their American partners, the Moroccan team members returned home, packed with enriching stories and experiences worthy of sharing. Those experiences were later on put down on paper as all team members–be they from the American or Moroccan teams–were required to write reports relating in sober details their experiences integrating and participating in each other’s culture. Those reports, in turn, constructed a part of the Identities online exhibition content later on.

On Wednesday July 11, 2012, the Museum of History and Holocaust Education (MHHE) at Kennesaw State University (KSU) in Georgia celebrated the inauguration of the Identities Online Exhibition project, after rigorous and invaluable efforts from both the American and Moroccan teams. This opening ceremony that took place at MHHE, in the U.S., came shortly after the one organized by the BMCM at Ben M’sik Faculty of Letters in Casablanca. Members of the American team (MHHE) attended the reception in Morocco where certifications of appreciation and recognition were presented to the participating students of the Moroccan team (BMCM).

Numerous people, representing governmental and non-governmental institutions, hailed the significance of the Identities project. Many print and online articles have been published detailing the experience of both the Moroccan and the American teams and the different stages that the Identities online exhibition project went through. One of those articles, by Michele Peregrin, was published on the official blog of the U.S. State Department. The article displayed both recognition and encouragement to the members of both MHHE and BMCM for their invaluable work, and congratulating them on the outstanding results.

In Morocco, the Ben M’sik Community Museum has published the second edition of its book, including articles written by members of both the BMCM and MHHE teams, museum professionals and researchers from both Kennesaw State University and Ben M’sik Faculty of Letters. Some of these articles are accounts of the experience of working in the Identities Project. Other articles provide different approaches to heritage, patrimony and museums.

The Identities project is an instance of the sort of global projects that the world is in dire need of nowadays. It promotes cross-cultural understanding, cultural exchange and professional collaboration. It dispels misconceptions and dangerous stereotypes about Islam and Americans. It teaches people about Islam, and invites them to get to know what the real essence of this religion is. It proves that all the turmoil and sad events that have been occurring in the world have nothing to do with the great religion of Islam and do not represent its fundamentals and values. It also demonstrates that neither Americans nor Muslims are “evil people” and that the sweeping and distorting generalizations about both do nothing but dissimulate the real nature of the relationship between Muslims and non-Muslims.

The Identities online exhibition is a mirror of truth, and a bridge to peace and tolerance. Thus, I invite the whole world to visit it, and most importantly, to take consider taking similar initiatives.