The three were all members of the same family, medics said.

In an earlier strike on Gaza City’s Zeitun neighbourhood, medics said a woman had been killed. Another man was found dead in the northern town of Beit Lahiya.

On Sunday, Israeli air strikes killed 31 Palestinians in the bloodiest day so far of its air campaign on the Gaza Strip, as diplomatic efforts to broker a truce intensified.

With Egypt at the centre of efforts to broker a ceasefire, Palestinian officials said it was possible a deal would be reached “today or tomorrow”.

But there was no letup in the bloodshed in the Hamas-run Gaza Strip. Medics said women and children accounted for most of Sunday’s dead, among them five babies and toddlers, killed in Israeli air strikes.

In the day’s most lethal raid, at least nine members of the same family — five of them children — were among 10 people killed when an Israeli missile destroyed a family home in Gaza City, the health ministry said.

At the scene, medics and bystanders all pitched in to remove the rubble to dig out the bodies in the hope of finding survivors, as people watched in shock, some weeping openly.

The latest violence hiked the Palestinian casualty toll to 77 dead and 700 injured in some 100 hours of raids, while three Israelis have been killed and more than 50 injured by rocket fire since Wednesday.

An Israeli air strike in the early hours of Monday morning leveled the Abbas police headquarters in Gaza City, but nobody was killed.

With Israel warning it could further escalate its operations in Gaza, US President Barack Obama on Sunday said it was “preferable” for the Gaza crisis to be resolved without a “ramping up” of Israeli military activity.

In Cairo, senior Hamas officials said Egyptian-mediated talks with Israel to end the bloodshed were “positive” but now focused on the possible stumbling block of guaranteeing the terms of a truce.

An outcome acceptable to Hamas would involve assurances about the United States, Israel’s main backer, being the “guaranteeing party,” one official said on condition of anonymity.

Security officials in Cairo said an Israeli envoy had also arrived in the Egyptian capital on Sunday for the talks.

But Israel’s Foreign Minister Avigdor Lieberman insisted that “the first and absolute condition for a truce is stopping all fire from Gaza,” and that all armed groups would have to commit to it.

Earlier, Prime Minister Benjamin Netanyahu warned that Israel was ready to “significantly expand” its operation. He spoke ahead of talks with French Foreign Minister Laurent Fabius, who is on a whirlwind truce tour of the region.

Fabius later said his country was willing to help broker a truce. “War is not an option, it is never an option …There are two key words: urgency and ceasefire,” he told journalists in Tel Aviv.

The military defended the strike, saying it had targeted Hamas operational communications and sought to minimise civilian casualties.

Amid the truce efforts, British Foreign Secretary William Hague said “a ground invasion of Gaza would lose Israel a lot of the international support and sympathy that they have in this situation.”

On Sunday, about 125 rockets hit Israel, while scores more were intercepted in mid-flight by the Iron Dome defence system, the army said.

Throughout the day, two were fired at Tel Aviv, triggering air raid sirens in the commercial metropolis for the fourth day. Iron Dome intercepted both, police said.

Palestinian president Mahmud Abbas, whose remit is limited to the West Bank, on Sunday urged his people to stage peaceful demonstrations against Israel’s military offensive on Gaza.

And around 500 Egyptian activists arrived in Gaza City and visited its Shifa hospital in a show of solidarity with its people, officials said.

Since the start of its Operation Pillar of Defence, launched after the killing of Hamas military chief Ahmed Jaabari in an air strike, the Israeli army says it has struck more than 1,100 targets in Gaza as militants have fired more than 800 rockets over the border. 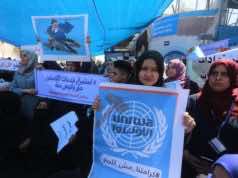