Frenzied consumers across the United States swarmed stores early Friday snapping up deals and kicking off the holiday shopping season with what businesses hoped would be a bang.

Television images showed berserk buyers charging through doors on what is known as “Black Friday,” the day after the Thanksgiving holiday that is considered crucial for retailers’ annual earnings.

In the hopes of snagging everything from electronics to clothes and other products at discount prices, some competitive shoppers lost their cool as they tussled over items or staked out their spots in line.

In New York City, the well-known Macy’s department store was a destination for many.

CEO Terry Lundgren was on scene as it opened at midnight.

“I swear I was standing there for 18 to 20 minutes, and the lines of incoming traffic never stopped,” he told NBC. “It never ceased — so people are definitely shopping and kicking off the shopping on Black Friday.”

The critical shopping day is often what tips retailers out of the red and into the black for the year.

But the day’s impact on balance sheets is starting to wane as more and more stores try to reel in customers on Thursday, even if it means that their employees have to forego the traditional Thanksgiving feast.

Ten years ago, it would have been impossible to find a single store open on Thanksgiving along New York’s big shopping arteries such as Broadway.

But this Thursday, as for the past several years, nearly all the stores were open where Broadway traverses Soho.

And despite a still-struggling economy, Macy’s Lundgren seemed upbeat about prospects for the rest of the year, although he acknowledged that November would likely be “a little bit softer” than retailers might like.

“It is a challenging time for America,” he said. “We understand the challenge, and, therefore, we focus on giving great value for the best brands in the world.”

Some in the retail business, however, are not joining in the “Black Friday” madness.

At discount chain Walmart, the world’s largest retailer, some disgruntled workers mounted strikes and protests over poor pay and mistreatment.

“There is going to be an impact,” employee William Fletcher told MSNBC. “The point isn’t so much to hurt Walmart as much as it is to get them to listen to us and appreciate the work we do.”

The labor action comes after Wal-Mart Stores announced it would move up its Black Friday sales to Thanksgiving Day.

“Strike keeps growing,” read a post Friday morning on the Facebook page of the Organization United for Respect at Walmart, known as OUR Walmart for short.

Walmart workers held their first-ever strikes at more than 200 stores in more than 12 cities in October.

Hours into the shopping mayhem, reports surfaced about fights that broke out as tense shoppers scrambled for the best deals or tried to protect their place in queues.

According to the San Antonio Express News website, one man pulled a gun on another who punched him in the face while the two were waiting in line outside a Sears store late Thursday. 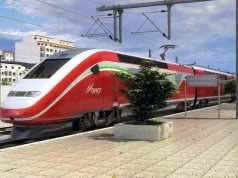 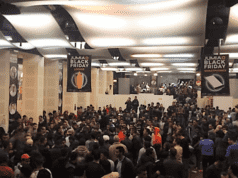 When Black Friday in Morocco Turns into Anarchy 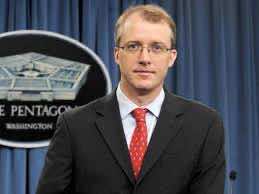