In an unprecedented move, the Spanish government decided to grant Spanish citizenship to all descendants of Sephardic Jews who were expelled from Spain in 1492. The measure comes into effect immediately after the announcement, which was made by the Spanish Minister of Justice,  Alberto Ruiz Gallardón and the Minister of Foreign Affairs, José Manuel García-Margallo on Thursday during a visit to Casa Sefarad (Sephardic house) in Madrid.

According to Spanish officials, this measure intends to reconcile Spain with its past and “recover the long silenced memory of Spain.”

The measure applies to all descendents of Sephardic Jews regardless of the countries where they live or where there were born. Being of Sephardic descent constitutes “in itself an exceptional circumstance that qualifies for citizenship regardless of where the applicant resides”, Spanish Minister of Justice was quoted as saying by Europa Press news agency.

Sephardic Jews have many ways to prove their affiliation with Spain, among them a Certificate from the Federation of Jewish Communities. Moreover, while previously descendents of a Sephardic living in Spain needed two years of residing in the country to be eligible for citizenship, with this measure, every new born of Sephardic descent will qualify for the citizenship, regardless of their place of birth. According to Europa Press, it is estimated that there are 250,000 Sephardic Jews who speak Sephardim language around the world.

Immediately after the end of the Reconquista, which put an end to the domination of Muslims over Spain in 1492, Spanish authorities issued a decree that put the Jews before a dilemma: either to convert or to be expelled from the country. The overwhelming majority of Jews was forced out of the country, and went to settle in neighboring countries, especially Morocco, Algeria, Tunisia and Turkey.

In 1992, on the occasion of the fifth centenary of the Reconquista, Spanish King Juan Carlos had expressed Spain’s mea culpa regarding the expulsion of Jews.

This measure comes in stark contrast with the negligence of the Spanish government regarding the requests made by a number of Moroccan and Spanish NGO’s, calling for grating Spanish citizenship to the descendents of Moors, who were expelled from Spain between 1609 and 1614. At the time when the Spanish King Philippe III took the inhumane decision to rid his country of its Muslim presence, over 500,000 Moors were living in Spain.

In Morocco alone it is estimated that around 5 million people are descendents of the Moors. Unlike Spain’s official apology to Sephardic Jews, it has never expressed its mea culpa to the descendents of Moors, who were forced out of their homeland just because they were Muslims. 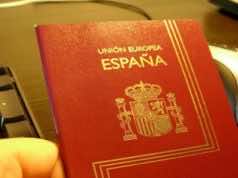 More than 200,000 Moroccans naturalized in Spain Over Last 16 years