Supporters and foes of Egypt’s Islamist President Mohamed Morsi are to hold mass protests in Cairo on Tuesday over a constitutional referendum that has already brought violence to the streets.

Morsi has ordered the army to support police in keeping security during the protests and until results are given from the referendum, which is due to take place on Saturday.

Since the weekend, concrete barriers have also been erected outside the palace, one of the main rallying points for demonstrations.

The Coalition of Islamist Forces supporting the referendum will kick off Tuesday’s protests.

Their members — dominated by partisans of Morsi’s Muslim Brotherhood — are to gather in the Nasr City district just two kilometres (one mile) from the palace around midday (1000 GMT).

One Salafist group in the coalition, the Al-Nur party, is not taking part to prevent tensions spilling over.

At 4:00 pm, the opposition coalition, the National Salvation Front, is to hold its own rally starting at the city’s Tahrir Square, the focus of the popular uprising that toppled former president Hosni Mubarak last year, and heading to the palace.

Each demonstration is expected to draw tens of thousands of people. The risk of violence is real.

The opposition, made up of secular, leftwing and liberal groups, has vowed to scupper the referendum and the draft constitution, which was largely drafted by Morsi’s Islamist allies.

It sees the draft text as weakening human rights, the rights of women and religious minorities, and the independence of judges.

Late Monday, 23 Egyptian human rights groups, including the Cairo Institute for Human Rights Studies and the Association for Freedom of Thought and Expression, warned it could put the country on the path to a fundamentalist Islamic state like Iran’s, where media, civil and human rights are routinely suppressed.

The draft constitution “opens the door to the establishment of a theocratic system similar to the Iranian ‘Velayat-e Faqih’ model,” or rule by a clerical overlord, they said.

Morsi’s supporters, though, argue that it is now up to Egypt’s voters to decide the referendum.

The United States called for the protests to remain peaceful.

“We also want to see the Egyptian government and security forces respecting that freedom of peaceful expression and assembly and to exercise restraint,” US State Department spokeswoman Victoria Nuland said.

Analysts believe the broad support Morsi still enjoys among Egypt’s poorer classes, and the proven organisation skills of the Brotherhood, will result in the controversial constitution being adopted.

If that happens, the divisions could become entrenched, paralysing the country’s fragile democracy and setting up a long-running struggle between Islamists and liberals, they warn.

“‘Islamists’ and ‘non-Islamists’ may hate each other, but, on substance, the gap isn’t currently as large as it might be… In the longer run, however, the consensus that so many seem to be searching and hoping for may not actually exist,” said Shadi Hamid, an analyst at the Brookings Doha Centre.

The army’s role in the crisis could prove decisive. Thus far, it has sought to remain neutral.

But Morsi seems intent to co-opt it by giving it police powers of arrest and ordering it to protect “vital state institutions for a temporary period, up to the announcement of the results from the referendum”.

Nobody in Egypt forgets that it was the military that ruled the country following Mubarak’s February 2011 ouster, up to June 2012 when Morsi was elected with a slender mandate. 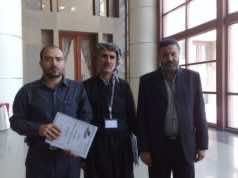