Tunisia’s main labour union, the UGTT, said on Wednesday it had called off a nationwide general strike convened to protest what it said had been an attack on its offices by allies of the ruling Ennahda party.

The UGTT “administrative commission decided to cancel the general strike,” which had been set for Thursday, a union statement said, explaining that the decision was taken after a deal with the government to head off the work stoppage.

The government announced the deal on Tuesday, but neither it nor the UGTT have so far disclosed its terms.

A union leader said the UGTT was demanding the dissolution of the pro-Ennahda League for the Protection of the Revolution, which it accuses of carrying out last week’s attack.

In its statement on Wednesday, the union also said it would issue a public call for unity among its ranks and vigilance regarding “anything being publicly or privately plotted against the UGTT.”

The strike would have come just shy of December 17, the second anniversary of the revolution that ousted veteran strongman Zine El Abidine Ben Ali, amid rising social and economic tensions in the country.

Many Tunisians feel bitterly disappointed by the failure of the revolution to improve their lives, especially in the marginalised interior, which suffers from a chronic lack of development and high unemployment.

Clashes, strikes and attacks, including by hardline Islamists, have multiplied across Tunisia.

The nationwide strike call is only the third to be made by the half-million strong UGTT since its foundation in the 1940s.

Observers feared that if the strike went ahead it could spark fresh violence.

Those concerns prompted the Tunisian president to postpone visits to Poland and Bulgaria from Thursday to Saturday, a statement from his office said, citing the “delicate situation in the country and political friction.”

Marzouki will “strive to reduce the tensions,” the statement added. 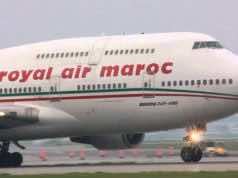 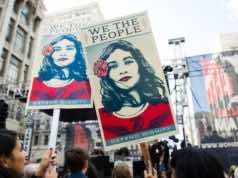 Women’s March Organizers Call for a Strike, ‘Day Without A Woman’